In their second feature drop for the Google Pixel 4, Google released an update for the smartphone which brings a number of new features and improvements to the handset. 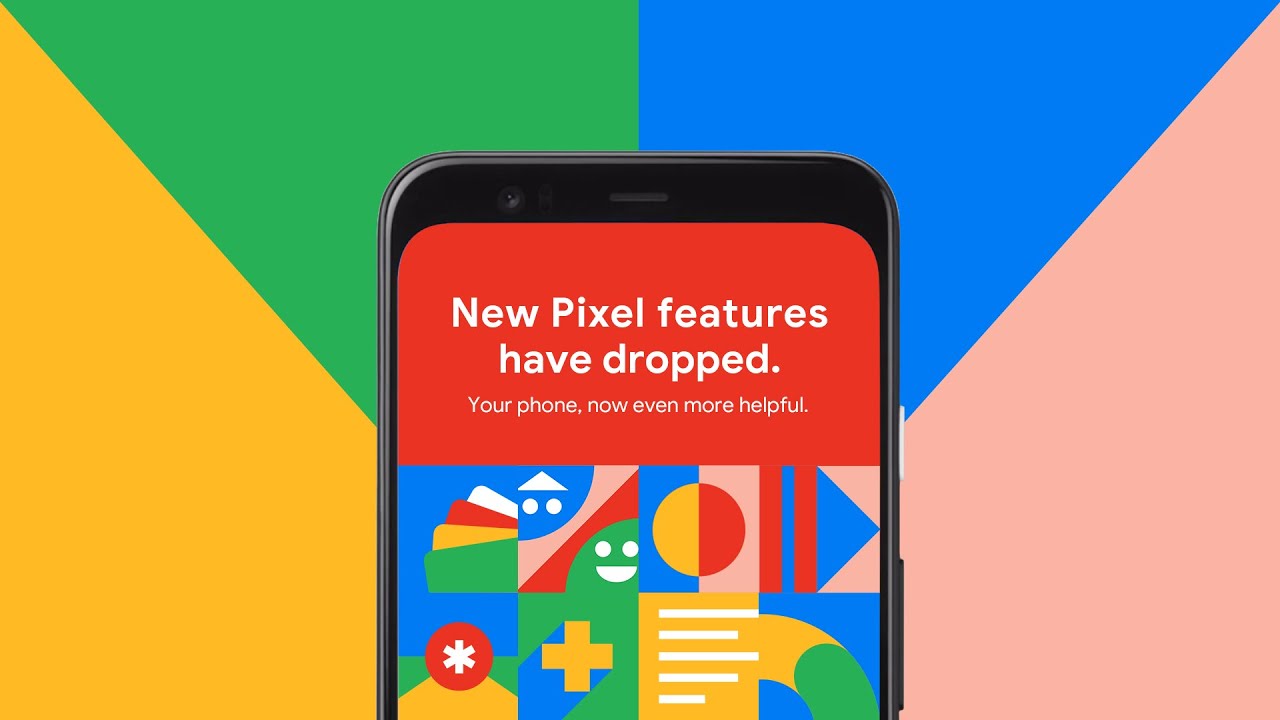 You can already use Motion Sense to skip forward or go back to a previous song. Now, if you have a Pixel 4, you can also pause and resume music with a tapping gesture above the phone. So you can easily pause music when you’re having a conversation, without even picking up your phone.

Last October Google launched the Personal Safety app on Pixel 4 for US users, which uses the phones’ sensors to quickly detect if you’ve been in a severe car crash, and checks with you to see if you need emergency services. For those who need 911, you can request help via a voice command or with a single tap. Now, the feature is rolling out to Pixel users in Australia (000) and the UK (999). If you’re unresponsive, your Pixel will share relevant details, like location info, with emergency responders.

Google is also rolling out some helpful features to more Pixel devices. Now Live Caption, the technology that automatically captions media playing on your phone, will begin rolling out to Pixel 2 owners.

Google has released new AR effects you can use live on your Duo video call with friends make chatting more visually stimulating. These effects change based on your facial expressions and move with you around the screen.

Selfies on Pixel 4 are getting better, too. Your front-facing camera can now create images with depth, which improves Portrait Blur and color pop, and lets you create 3D photos for Facebook.

Emoji on Pixel will now be a more customizable and inclusive thanks to the emoji 12.1 update, with 169 new emoji to represent a wider variation of gender and skin tones, as well as more couple combinations to better reflect the world around us.

Pixel is making it faster to pick the right card when using Google Pay. Just press and hold the power button to swipe through your debit and credit cards, event tickets, boarding passes or access anything else in Google Pay. This feature will be available to users in the US, UK, Canada, Australia, France, Germany, Spain, Italy, Ireland, Taiwan and Singapore. If you have Pixel 4, you can also quickly access emergency contacts and medical information.

Getting on a flight is also getting easier. Simply take a screenshot of a boarding pass barcode and tap on the notification to add it to Google Pay. You will receive real-time flight updates, and on the day of your flight, you can just press the power button to pull up your boarding pass.  This feature will be rolling out gradually in all countries with Google Pay during March on Pixel 3, 3a and 4.

A number of system-level advancements will give Pixel users more control over the look and feel of their devices.

You may know that Dark theme looks great and helps save battery power. Starting today, Dark theme gets even more helpful and flexible in switching from light to dark background, with the ability to schedule Dark theme based on local sunrise and sunset times.

Have you forgotten to silence your phone when you get to work? Pixel gives you the ability to automatically enable certain rules based on WiFi network or physical location. You can now set up a rule to automatically silence your ringtone when you connect to your office WiFi, or go on Do Not Disturb when you walk in the front door of your house to focus on the people and things that matter most.

Pixel 4 users are also getting some unique updates to the way they engage with the content on their phone. Improved long press options in Pixel’s launcher will get more and faster help from your apps. There’s also an update to Adaptive brightness, which now temporarily increases screen brightness to make reading content easier when in extremely bright ambient lighting, like direct sunlight. Check out more options for customizing your screen options.

Check out Google’s support page for more information on the new features, and look out for more helpful features dropping for Pixel users soon.