However, earlier it was thought that Apple was only keeping a close eye on the technology and that it has no plans to enter the market anytime soon. Obviously, that wasn’t the case as it’s later confirmed that Samsung delivered a set of foldable displays to Apple, hinting that Apple is not just an observer but a major player. Now, a patent, filed by Apple has emerged, putting a lot of stress on the fact that Apple is tinkering with the foldable technology. 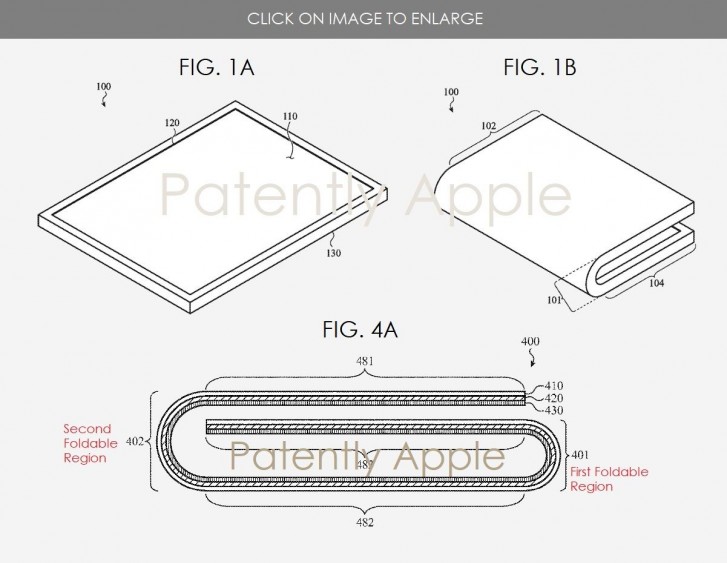 Apple’s patented folding smartphone is simple. It has a flexible or bendable region along which the folding iPhone will bend. Also, it has a cover layer made out of ceramic material for the protection of the folding display. And as you can see in the above image, the folding iPhone is an ‘innie,’ meaning it folds inward, like the Samsung Galaxy Fold.

It’s worth noting that, we are talking about a patent, and as you know, patents often don’t translate to products. This folding iPhone could meet a similar fate. Nevertheless, on the bright side, Apple is expected to release its Folding iPhone sometimes in 2020.