There’s a few different categories of indie games. My personal favorite kind out there happens to be “quirky little title that’s a lot of fun”, and The Bug Butcher could be classified as that. It’s got a fun art style, a sense of humor, and there’s plenty of good times to be had with it.

If you feel like you’ve seen this game before, you probably have. It originally launched on Steam back in January of this year, and it’s just now getting console ports. If you feel like some of the gameplay might seem a bit familiar, that’s intentional. The developers at Awfully Nice Studios compare it to Super Pang, an arcade shooter from the early 90s. The both games are pretty similar at the core: you walk around the level and shoot at enemies that are directly above you. That’s just the heart of the game, though, and The Bug Butcher has a much more modern take on it.

In The Bug Butcher, you play as Harry. Harry’s an exterminator with a bigger job than most: clearing every single alien out of a research facility on another planet. It’s a pretty big task, but Harry’s more than capable of dealing with it- even if he’s able to only shoot upwards. Aside from regular firing, though, Harry also has a dash move to avoid attacks, special moves that will usually clear out the room, and the facility’s scientists regularly provide him with special weapons.

The game’s controls are pretty responsive, and there’s not really anything to complain about. It’s possible to control the game’s main two moves (dashing and shooting) in a few different ways. It’s possible to shoot with the A button, the right trigger, or even the right bumper. Dashing is the same as that, just with the left trigger/bumper and the B button. The controls are all really responsive, which is necessary for this game.

The Bug Butcher’s main goal for each mission is pretty simple: kill every alien in the room before time runs out. There’s thirty missions in total, and these ramp up in difficulty fairly quickly once the game’s done teaching you its mechanics. It’s a fair game, though, and not a single one of my (many) deaths felt like it was the game’s fault. There’s also an easy mode if you want to take it slow, but you’ll honestly have the best experience if you play it on normal. The game’s best moments are the ones where you’re stuck between a rock and a hard place, and the soundtrack definitely helps with that.You’ll find the screen filling up with enemies quickly at times, each one following a set pattern that will often blend well with the game’s pulsing soundtrack. The beat’s quick, and you have to stay on your toes if you want to live. Learning the patterns for both the enemies and the levels is also key to surviving, and there’s a bit of trial and error involved. While you don’t need to systematically commit alien genocide, trying out different strategies is far more efficient than just running and gunning.

Efficiency is important, too, since you’re graded on your performance in each level. While this might seem like it’s mostly for high scores, you’ll gain more money when you’ve got a higher score. Getting stars by getting high enough scores in each level rewards you with even more money, and you’ll also get another bonus if you had a high enough combo.

The money you get is spent on upgrades, and you’ll want to pick up a few of these before the end of the game. It’s possible to upgrade every single weapon or special ability in Harry’s arsenal, and you can even get some bonus perks, too, like faster running speed. Perks are the biggest changes you can make, and if there’s any issue with this system, it’s that it’s too small. You can unlock three perks, three upgrades for each weapon (which sometimes don’t feel very substantial), and three upgrades for your three special abilities. There’s a lot of room for more upgrades, and it’s a shame that there aren’t. 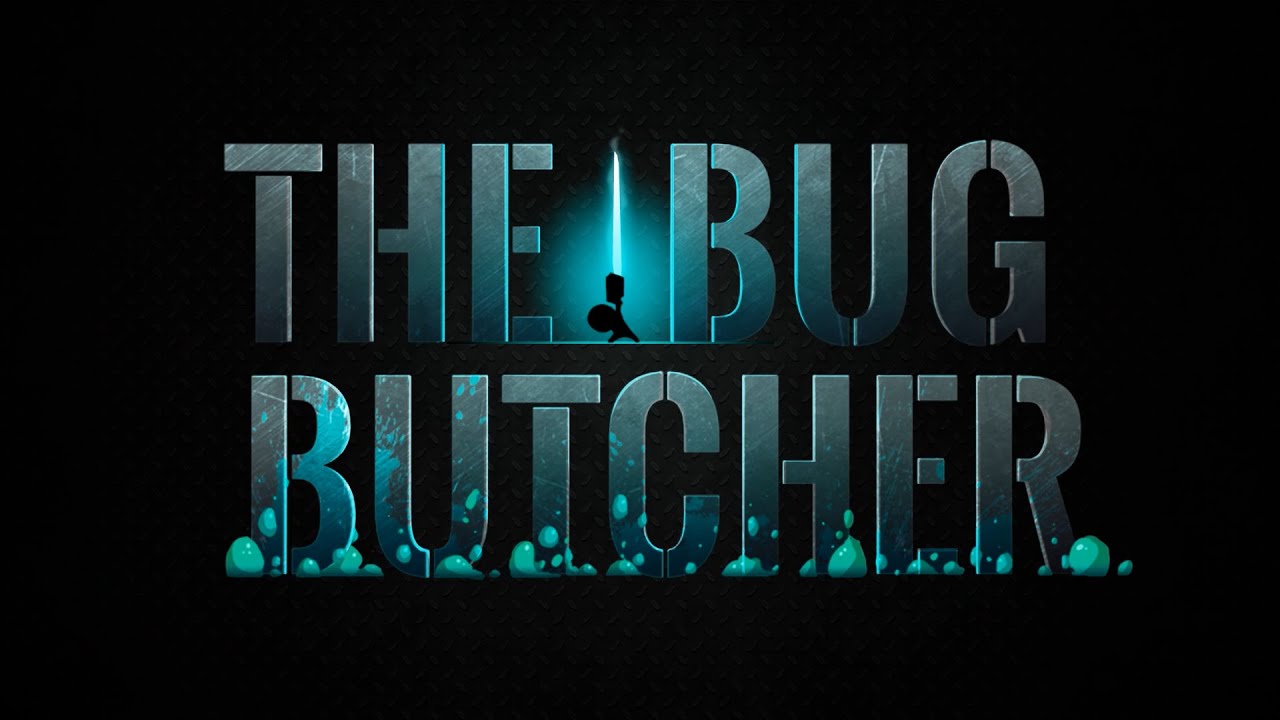 Speaking of things that are a bit too small, the game’s pretty short in general. It’ll likely take you only a few hours (maybe even just three) to get through the story, and there’s not many reasons to go back to it aside from trying it out on a higher difficulty.

With that said, the story mode is definitely not the only reason to play this game. There’s also Panic Mode, which shares its name with Super Pang’s equivalent. Panic Mode is an endless swarm of enemies, and it’s all about getting the high score. It’s a lot of fun, and there’s also a two player mode for it. This is local only, but it’s great if you have someone else to play with. The game’s crazy pace is at its best when you’re worrying about reviving the other player before you both die, and you can make it even crazier by playing in one of the later arenas.

All in all, The Bug Butcher is more than just a throwback to an arcade game. It’s a great game on its own, and it’s some of the most fun I’ve had with an indie title in the past few months. The gameplay is fast, controls are tight, the music is enjoyable, and it’s all fun. The pure “I feel like shooting some more aliens today” kind of fun, too. Even if the main story isn’t too long, this is a game I can see myself going back to for a while. It has a lasting appeal, and that makes the $10 price tag worth it.

Xbox One and Steam

Microsoft releases Skype version 8.90 for everyone

Microsoft Outlook for Android gets updated with new search feature