Xbox may be ramping up it’s game production leading up to the next generation – especially with games like Halo Infinite – but one thing has always been on the minds of gamers: does Xbox know about all the legacy IPs it owns? Well, yes, Xbox realises it still owns classic IPs… It just isn’t doing anything with them.

In a Game Informer interview with Matt Booty, thanks VGC, it was revealed that the team hasn’t forgotten about it’s legacy properties. In fact, Booty purposefully keeps a list of every IP Microsoft owns.

“On my list that I keep is also a list of IP,” Booty explained. “It’s right up there with the list of studios that we’d like to talk to! So I am aware [of the IPs we own].”

In fact, Booty’s legacy list has come in useful already: projects like the upcoming Battletoads sequel would never have come to light without it.

“The way Battletoads came about was, some of the people who are involved in working on it approached [head of Rare] Craig Duncan and said, ‘hey, we remember growing up on this game and would love to put our own twist on the IP’,” he explained.

“Craig and I had a conversation and we loved their energy. It’s been a few years now but I was fortunate enough to work with the team who rebooted Killer Instinct. That really came about because there was an energy and a passion for it.”

“Those are the scenarios that I love and I think that those tend to work out a little better than trawling through a spreadsheet going, ‘ah, nobody’s done this in a while, maybe we could reboot that one’. I think when somebody has a personal passion for it, it can really work out.” 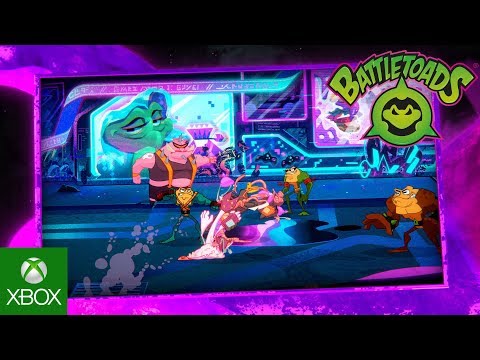 While Microsoft’s recent acquisitions of everything from Double Fine to Obsidian may result in more original IPs, fans are still waiting for the return of their favourite franchises. Will they ever return? Maybe. But at least Xbox realises it still owns classic IPs.