uBlock Origin on Microsoft Edge includes all the features that are available in the extension on Google Chrome — users can easily whitelist some sites, manage which filters are used to block ads, add their own filters and rules, and a lot more. Of course, as the extension is currently in preview, there are a couple of issues which are expected — however, if you find an issue on the extension, please make sure to submit a report about it so that the developer can fix it with an update in the near-future.

In case you are wondering, uBlock Origin is preferred by many users due to its lightweight adblocker when compared to other ad blockers such as AdBlock or AdBlock Plus.m uBlock Origin is available for free on the Windows Store, and you can download it from the link below. Keep in mind that Microsoft Edge’s extensions are only available to Windows 10 users running the Anniversary Update (version 1607). If you are running an older version, you’ll have to upgrade to the Anniversary Update to be able to try out uBlock Origin along with the other Edge extensions. 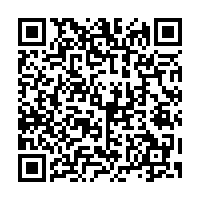