Path of Exile is a Diablo III-like game which builds upon the genre. While games like Diablo III, Victor Vran: Overkill Edition and Vikings: Wolves of Midgard are great titles, they aren’t comprehensive experiences which offers a compelling narrative. While Diablo III approaches that, it’s still not as expansive as Path of Exile. Path of Exile is the first free-to-play game which I can wholeheartedly recommend to every Xbox One owner. Their microtransactions are fair and at no point did I feel the game was pay-to-win. All of them are cosmetic so don’t by them at all. I’ve extensively tested out the Xbox One beta, the PC version, and the final Xbox One code and if you haven’t played this title before, you should now. It’s just a thrilling game which offers a unique and interesting story.

Path of Exile might not be as deep as let’s say Pillars of Eternity, it’s still quite compelling. You initially have to chart your own course but the narrative picks up in a substantial way later on. The Fall of Oriath adds upon that as it’s the game’s sixth expansion. Yes, you read that right, sixth! This aggressive post-launch support is what keeps players hooked and coming back for more. 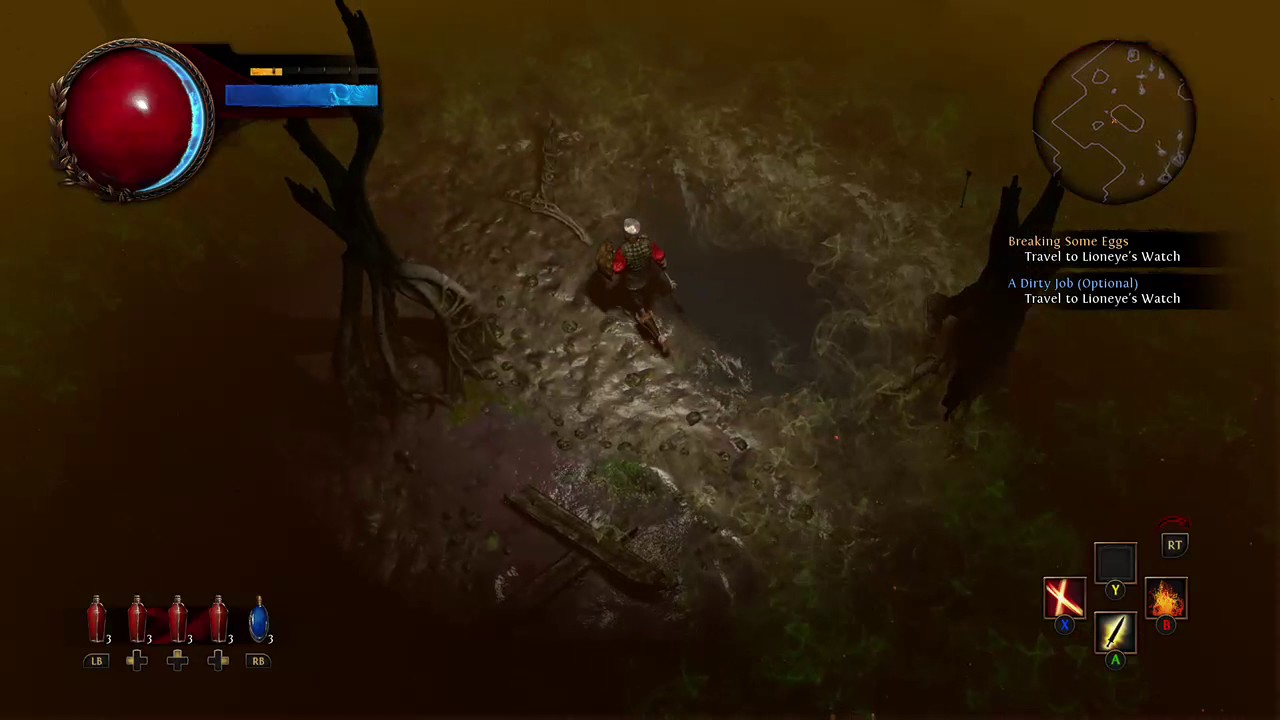 On PC, Path of Exile is a polished game. On Xbox One, despite its occasional stuttering, it’s a worthy experience to try. The final build eliminates almost all of the performance issues but some still linger. There are some noticeable frame rate slowdowns when a lot of explosions are going on around you.

Path of Exile won’t be the most basic version of the game though. The expansion will remove the 3 difficulties (normal, cruel and merciless) and replace it with a single campaign playthrough. After travelling to Oriath in Act 5, the exile returns to Wraeclast in Acts 6 to 10, revisiting familiar lands and slaying the once suppressed gods that have awoken since confronting the Beast in Act 4. Campaigning is divided into two parts: Part 1 being Acts 1 to 5 and Part 2 being Acts 6 to 10. Both parts follows a similar progression; players visit roughly the same areas but their deeds in Part 1 have had consequences that will have to be faced in Part 2. 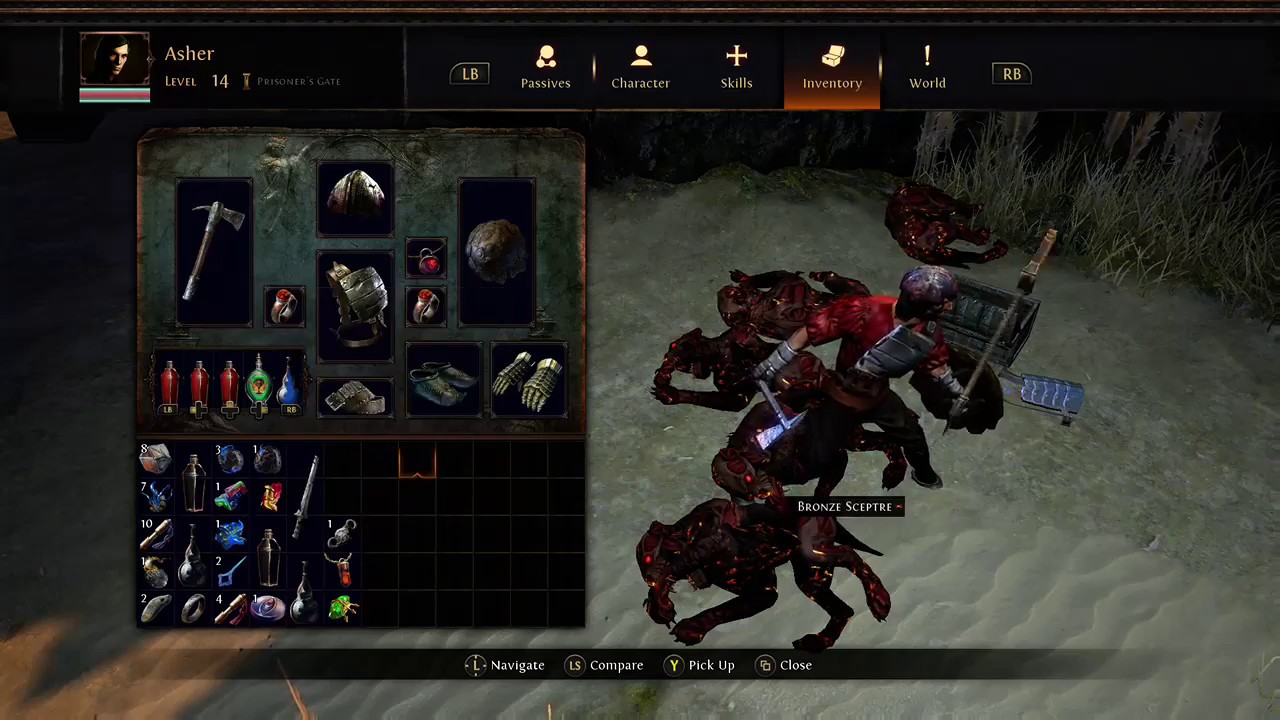 Path of Exile is the first free-to-play game I have genuinely loved. Everything about it, even its visuals on Xbox One, are absolutely breathtaking. The desert environments are a sight to behold because the cliffs and water that overlook the dried plains just offer such a stark contrast. While loot isn’t as memorable as a game like Diablo III, it still offers a near constant supply of upgrades. You’ll be equipping items and gems every few minutes when the next best item drops.

Enemy variety is also great. The title focuses on realism and it shows. The character design is also great and it has much more detail than Diablo III. In many ways, this is the game Diablo III should’ve been when it came out. While loading times on Xbox One might be a little longer than expected, you can change that by installing Path of Exile on an external solid state drive. Overall, it’s a great title so download it for free. If you love the game, be sure to buy a cosmetic item to support the developers. You won’t be disappointed. For more information on how the mechanics work, including the gems which grant you skills, be sure to check out our YouTube channel.