For the past week we’ve been playing with Mantis Burn Racing’s latest expansion called Battle Cars. We couldn’t talk about it but today VooFoo Studios announced that Battle Cars is now available for download on Xbox One and Steam. It’s a lot of fun and adds much more depth to an already fantastic game. The Battle Cars pack is available to download from today for just $2.49 or regional equivalent. You have to get it if you own Mantis Burn Racing!

The Battle Cars pack adds a brand-new way to enjoy the game in the biggest, most exciting update yet, featuring an all-new class of highly-armored, battle-ready vehicles hell-bent on destruction. Get ready to crush your opponents with rapid-fire machine-gun blasts or launch mines causing devastating damage with 3 brand-new Battle Modes, King of the Track, Survival and Accumulator Rumble to test your appetite for destruction. With Battle Cars, it’s no longer a case of when you reach the finish line, but, if you reach the finish line!

“Battle Cars delivers what our fans want and love. More action, more drama and more fun ways to play the game” said Mark Williams, VooFoo Studio’s Technology Director. “Since we launched the game this has been one of our most passionately requested features, so we’re delighted to today deliver an action-packed…pack which adds even more levels of excitement to the game.” 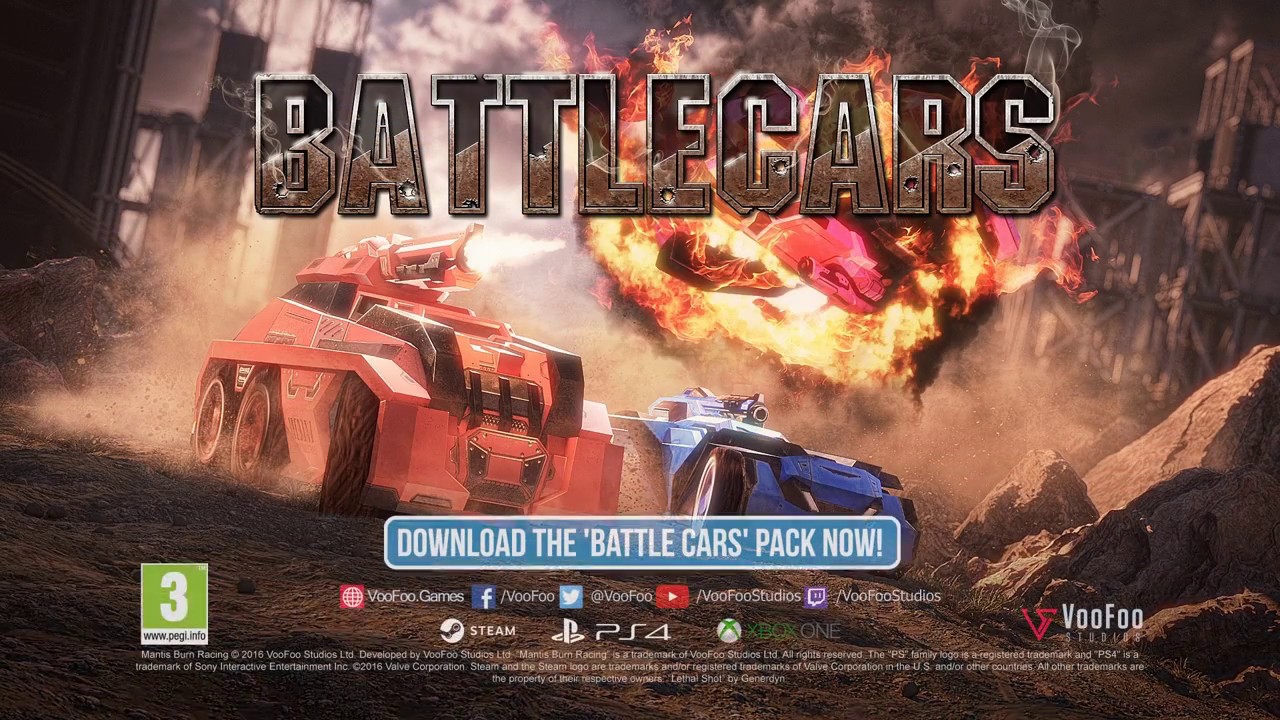 For those wondering, Battle Cars features a lot of changes including:

• Spectacular Destruction: Unleash explosive levels of destruction on your rivals in fast and frenetic combat races.

As mentioned before, there are a few specific events you should be aware of which include:

To celebrate the release, VooFoo Studios is running a double experience weekend from September 15 to September 17. Mantis Burn Racing is one of the most visually stunning and immersive top-down racing games ever made with an extensive career mode, highly competitive 4-player split-screen races, online modes for up to 8 players and an in-depth role-playing-style vehicle upgrade system. It’s a lot of fun and Battle Cars is simply fantastic. We’ll be streaming it on Mixer so be sure to check it out.