Windows 10’s stock features and tools for screenshots aren’t the best. While Snipping Tool and PrntScr works for most users, they aren’t perfect for power users. That’s when apps like ShareX come in. ShareX is probably the best screenshotting tool for Windows 10. It’s a powerful tool that includes a whole range of different features. It’s one of the best Windows 10 apps, and it’s also the first app I install on my machine every time I do a clean install of Windows.

ShareX isn’t just a tool for screenshots. It lets you record your screen, and it even lets you make GIFs out of the screen recordings. In addition to that, ShareX also integrates with third-party services like Imgur and Twitter, so sharing your screenshots are really easy. The app also includes support for automated tasks and a bunch of shortcuts, making it extremely easy to integrate its functionalities into your workflow.

You can get ShareX from the Windows Store below (trust me, you won’t regret it): 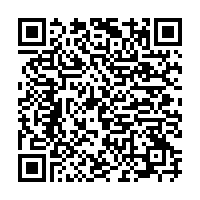