Microsoft has posted a video which makes a good case for Azure Stack,  their computing device which allows companies to take an Azure server onsite and use the same tools and technologies as they would be able to access in the cloud, but while disconnected and far from a high bandwidth internet connection.

Their demo application is a ruggedized one-ton suburban which allows them to travel where servers normally don’t go and still leveraging Azure cloud services. With Azure Stack, Microsoft can use data collecting devices, such as an in-car camera, GPS spherical camera, and deploy drones, to collect massive amounts of data, and then process it immediately, rather than waiting till the hard drives could be brought back to civilization.

The Azure Stack ruggedized system is built for the most demanding environments and can operate in disaster relief scenarios. With Azure Stack, users can start analyzing infrastructures immediately and find the most efficient and effective routes to get aid to those in need, bringing the power of Azure Stack and AI to those that are disconnected all over the world.

See Microsoft’s video demo below and read more about the technology here. 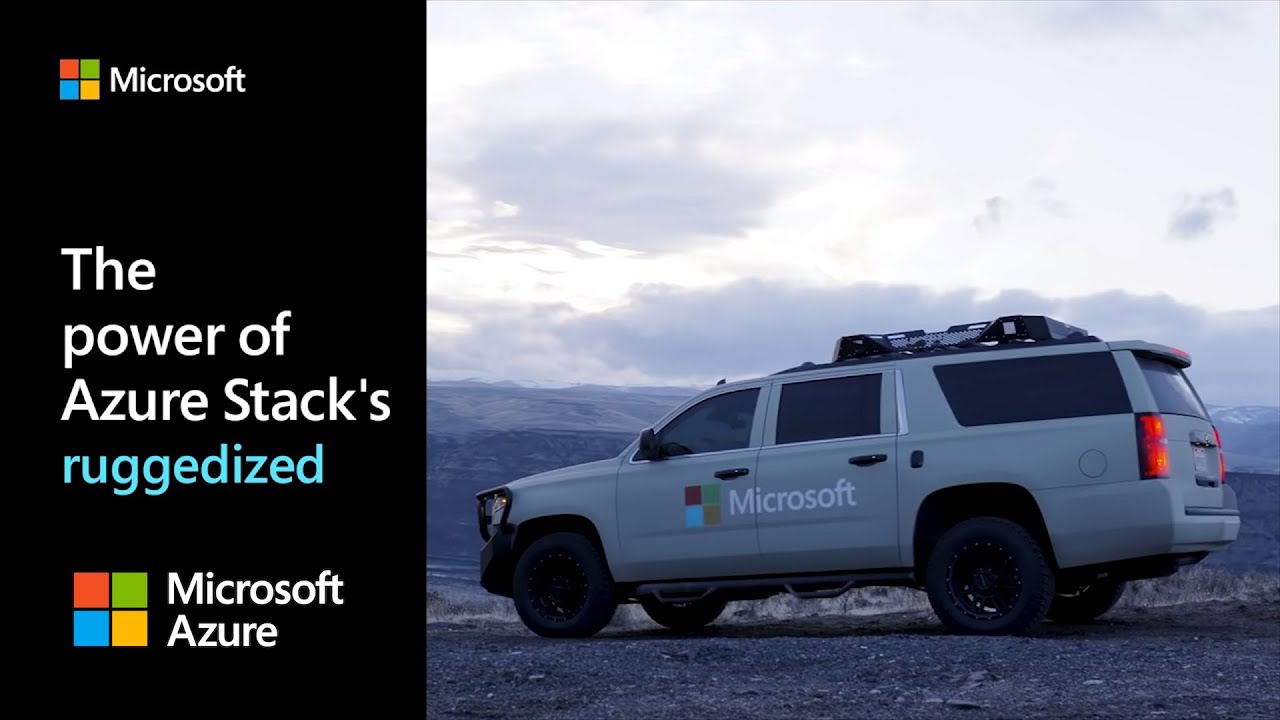