A few years ago Microsoft’s user interface researchers suggested that there may be a better use for the back of a device besides covering the battery, and suggested the back surface of a phone may be made touch sensitive and used to control whatever is going on on the screen.

A simple version of this, for example, would be how the fingerprint sensor can be used on Samsung devices to pull down the notification shade or for other purposes.

Of course, Microsoft no longer has a phone business to implement these ideas, but Christian Klein and other Microsoft researchers realized that in some configurations, a folded Surface Phone would automatically offer a touch-sensitive surface on the back of the device and that not using it would be a wasted potential, leading to their newly published patent for a “Gesture Language for a Device with Multiple Touch Surfaces”. 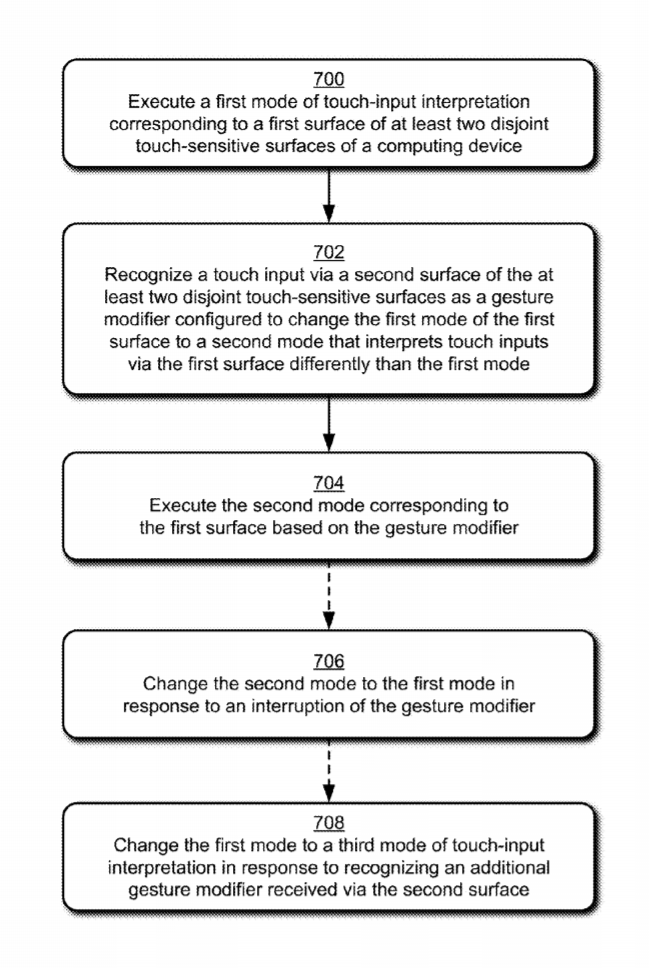 A very rich vocabulary of gestures are of course possible, but at its simplest we could have scroll and swipe gestures which could be executed easily with one hand while still having a firm grip on your phone, making triaging email or reading long web pages easier.

The patent does, of course, have other applications besides Project Andromeda aka the Surface Phone. You can read full details in the patent application here. 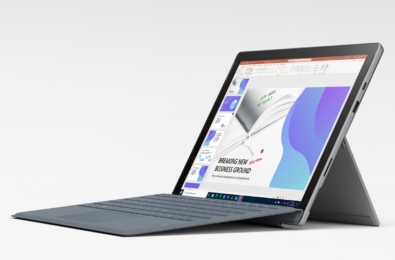