Microsoft has patented a new smart ring designed to aid natural user interface (NUI) control for use with both conventional and new computing experiences such as tablets or Hololens-type devices.

The ring would include both conventional sensors such as gyroscopes, and also a new infra-red sensor underneath the ring which would sense the position of the rest of your finger, allowing the ring to detect fine finger movements.

Microsoft notes wearable devices such as glasses, wrist bands, and watches tend to have limited input options. For instance, small wearable smart devices may have a small interface with a lack of touch real estate, or the positioning of the device itself may make interaction difficult. The above concepts can offer user control options for many different types of computing devices and would communicate with the computing device via Bluetooth or WIFI.

Microsoft has earlier patented another smart ring which was pressure sensitive and which would also have helped improve the accuracy of hand data, but did not include new data such as finger position.

Microsoft has shown itself open to creating accessories for its Hololens, recently introducing a Bluetooth-based clicker to make it easier for users to control the Hololens after the Airtap gesture proved difficult for many users.

See more images from the patent application below: 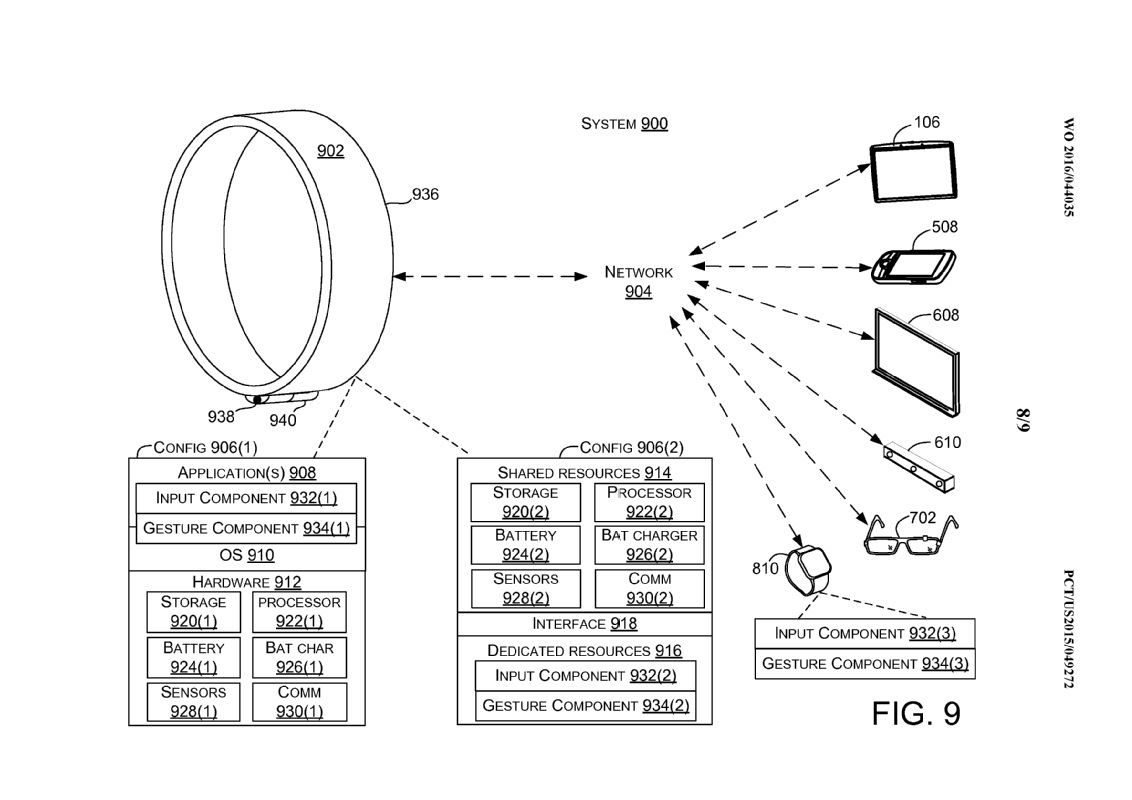