Tesla is a much-loved brand, but few fans take it so far as to make part of the car part of their bodies.

This did not stop transhumanist Ben Workman, however, who has implanted a number of NFC chips in his hand and in his latest project installed the chip from a Tesla keycard in his right hand, allowing him to unlock the vehicle with the wave of his hand.

The Tesla chip is the 4th in his hand, joining others that lets him unlock his office doors, log onto his computer and share contact information.

Getting the chips implanted were not easy.

“On the first two, I actually didn`t have anyone. I tried going to a veterinarian, a doctor, a piercing studio, no one would do it,” says Workman.

In the end a family member had to inject the chips.

“To get them in, they come in syringes, just place them under the skin and pop the tags out.”

The Tesla chip was significantly bigger, however, forcing Workman to approach a piercing studio.

“I figured they would be fine with it, but they took one look at the thing I had in my hands and they said no,” says Workman.

He eventually convinced them, however, and now Workman will at the very least never be locked out of his car.  At least until he changes his vehicle.

See Fox13’s video on Workman’s quest, which will expand to NFC payments next, below: 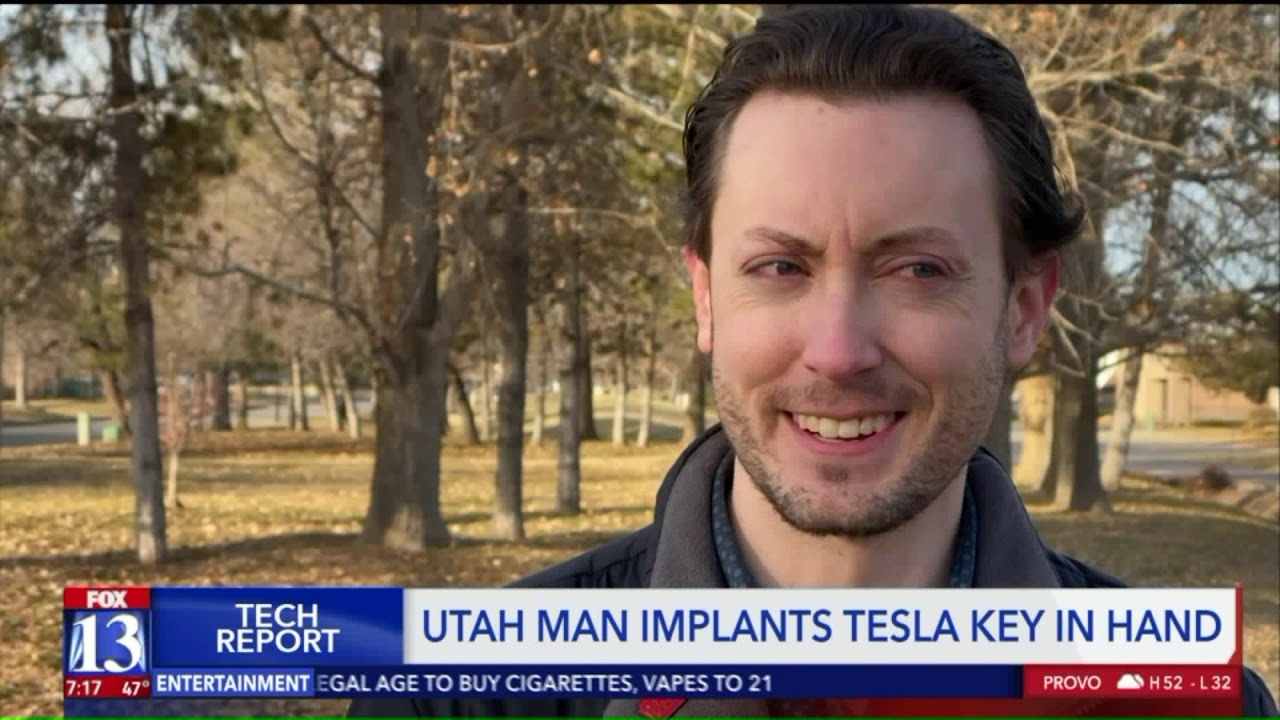