Despite being the first to release a roll-up TV, we have heard that LG did not feel the time was right to launch a folding smartphone to compete directly with arch-rival Samsung.

Instead, LG was rumoured to be planning to release a second-screen accessory for their flagship LG V50 5G device, and now the somewhat bizarre accessory has leaked.

Seen in its connected configuration above and somewhat better below, the optional case would add a fully functional 6.2-inch touch screen to your 6.4-inch handset which can be used similarly to a much more expensive dual-screen smartphone.

The second screen draws power from your main 3400 mAh battery, but communication is via a low latency proprietary wireless connection.

A toggle offers the option of turning the dual screen on and off and mirroring or swapping the display.

The device would allow one screen to be used as a gamepad with the content displayed on the second screen or take a picture with the camera and automatically preview the picture on the next screen.

See some images in the gallery below:

The LG V50 is otherwise said to feature a Snapdragon 855 processor, 3400mAh battery, and is, of course, 5G enabled.

See Ben’s Gadget review of the LG V50 and G8 below: 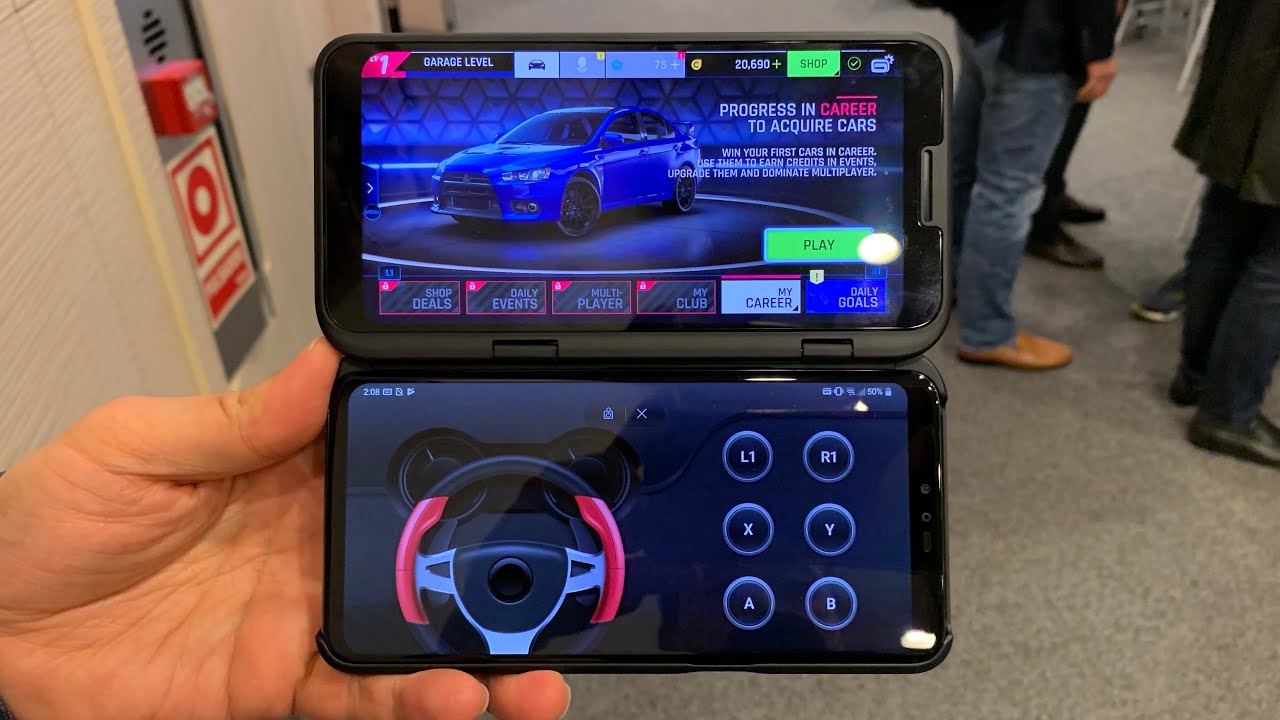 The gadget is rather quirky but may get some fans, if cheap enough. At present, a price has not been released yet, and it is not expected to be on sale in the USA.

What do our readers think of this rather strange solution? Let us know below.