Huawei has announced the MatePad Paper, a strange 10.3-inch hybrid e-reader and tablet which we weirdly like the look of.

Featuring a 10.3-inch E Ink display support for Huawei’s M-Pencil, the MatePad Paper is more than just your usual e-reader as it’s also built around writing and note-taking thanks to the addition of a built-in microphone.

Running Huawei’s HarmonyOS the MatePad Paper is almost more of a paired down productivity-focused Android tablet with an E Ink display than it is a traditional e-reader, which sounds perfect if you can’t trust yourself not to procrastinate with a tablet in your hands.

With an 86.3 percent screen-to-body ratio, the MatePad Paper also looks undeniably sleek, but that’s not the most impressive feat considering the hardware crammed inside the device.

Unlike a traditional tablet that’s pushing at the boundaries of what’s technologically possible, Huawei’s MatePad Paper only features a “powerful chip,” a fingerprint power button,  4GB of RAM, and 64GB of internal storage, which is plenty for books and documents but not much else. 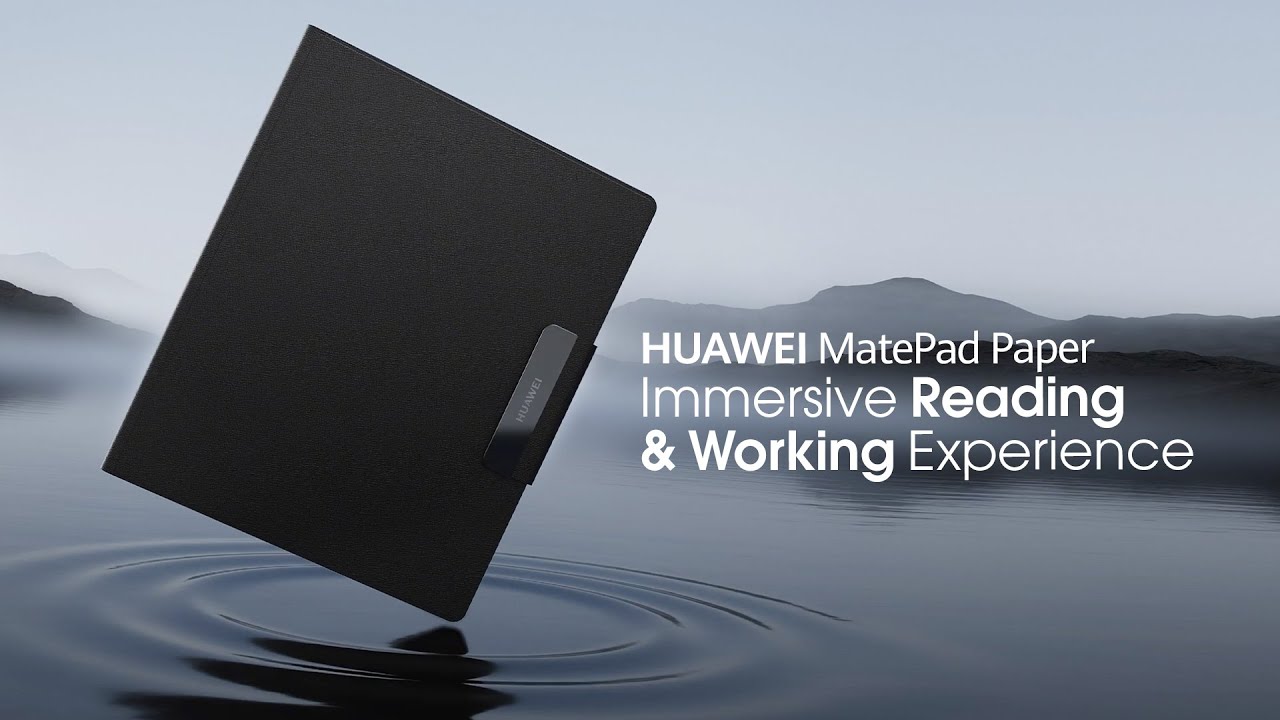 While we’re definitely enticed by the rather sleek looking productivity machine, sadly the price is rather steep for what it can do, as the MatePad Paper retails for €499, roughly £415. With a Kindle, albeit one with ads, starting at just £69.99, it’s clear that productivity tools don’t come cheap.