Google is giving the finishing touches to its upcoming Google Pixel 6 series, and while phone makers usually try not to give details of their upcoming products, the Mountain View tech giant has been telling about the new generation Pixel 6 for a couple of weeks. The company, however, hasn’t given away everything, including the pricing and other key details. Luckily for us, the rumor mills have done their job and have revealed pretty much everything, some of which Google may have wanted to remain secret until launch.

Today’s rumor sheds some light on the pricing of the Google Pixel 6 and 6 Pro smartphones. According to M. Brandon Lee of This is Tech Today, someone inside a major European Carrier has somehow managed to get the details about the pricing of the upcoming Pixel series.

The source says that the Google Pixel 6(8GB/128GB) will cost €650, but the pricing of the 256GB variant of the smartphone is still unknown. The base model of the Pixel 6 Pro, on the other hand, will set you back €900. The Pixel 6 Pro will also be available in various configurations, including 128 GB, 256 GB, and 512 GB storage. All the Pixel 6 Pro variants will have 12GB of RAM.

It’s interesting that buyers will have to pay €250 more than the price of the base model of Pixel 6 in order to get the “Pro” model. A better camera system, high-refresh screen, UWB connectivity, are some of the features that might justify the high asking price of the Pro model.

The latest leak has not only given us the details about the pricing but also provided some information on the color option the Pixel 6 series will be available in. The Pixel 6 will be available in what Google calls “Fog” and “Carbon,” while the Pro model will have the only “Carbon” option. Color options are likely to vary depending on where you live. Meanwhile, you can track all the Pixel 6 related news here.

Google Pixel 6 is rumored to feature a 6.67-inch curved AMOLED display, in the top middle of which a single punch-hole cutout resides. It’s currently not known whether or not the display will have support for a high refresh rate. It will be the first smartphone to be powered by Google’s own Tensor chip coupled with 8GB of RAM.

The smartphone rocks a triple camera setup, a primary wide-angle camera, a periscope telephoto camera, and an unknown camera, which are accompanied by an LED flash. The camera module also includes 50MP primary and 12MP Ultra-wide cameras. For taking selfies, you get a 12MP front-facing selfie camera.

Google Pixel 6 series is expected to launch on October 19. 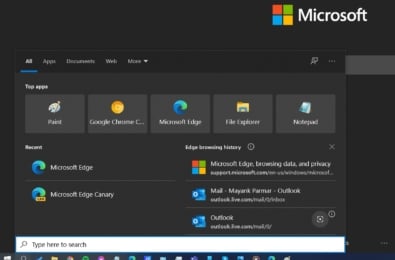