Perfect World Entertainment and Cryptic Studios have teamed up with MMOBomb to giveaway a rare Fluidic Antiproton Wrist Lance to 50 lucky winners, in celebration of the release of Star Trek Online: Season 13 – Escalation. The title was recently released, and sends captains to New Kentar, where they will team up with the Lukari to fight off the Tzenkethi. Additionally, it includes a Reputation centered around a new Competitive PvE/PvP gamemode, called War Games. Another feature of this Season is a large-scale Balancing effort.

The rare ground weapon, the Fluidic Antiproton Wrist Lance is described as:

Undine weaponry utilizes cohesive antiproton streams to damage foes. These streams are known to sometimes knock their opponents away while dealing additional physical damage. The primary fire of this particular wrist-mounted antiproton lance is similar to those adapted into Assault weapons that use this same energy technology. The secondary fire is radically different however, incorporating something akin to the “focused beam” technology sometimes seen in use on Undine starships. It can charge up a massive blast that will scar the surface of whatever the foe is standing on, sending out antiproton energy ripples that cause additional damage to anything they cross paths with.

How to Win A Code

Head over to the TrekMovie.com Facebook post about this contest, like it, and comment. You can also earn entries in the giveaway by  following them on Twitter, tweeting about this giveaway, and leaving a comment are optional and result in more entries. However the giveaway is only good for Xbox One, and not PS4 or PC. Head to the source link to get more specific information about the giveaway. 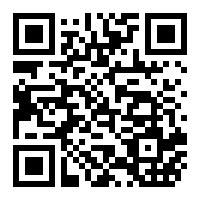