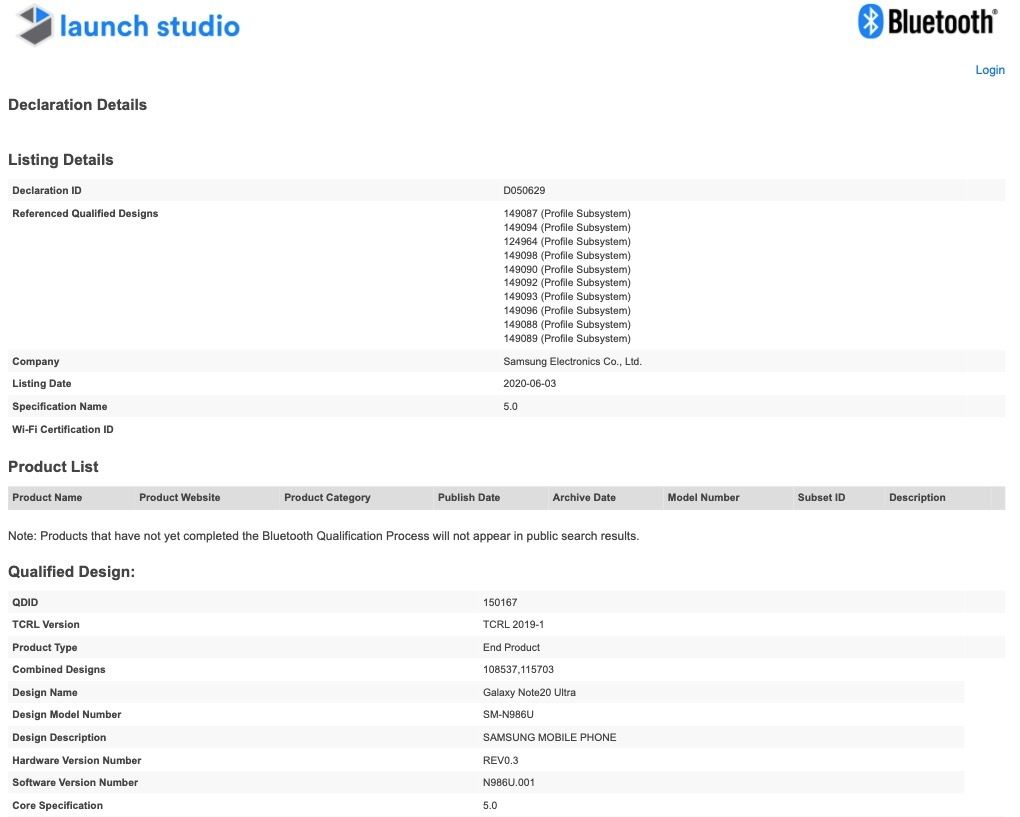 Apart from confirming the existence of Galaxy Note20 Ultra, the listing also gave us a few key pieces of information about the Note20 Ultra. According to the Certification, the model number of the Note20 Ultra will be SM-N986U. It also claims that the smartphone will have Bluetooth 5.0 connectivity.

While we still don’t about the key specs of the Note20 Ultra, it’s pretty much safe to say that Galaxy Note20 Ultra will be the most expensive as well as the most premium model in the Note20 lineup.