Jungle Awakens introduces new weapons, armour, and artifacts to the game that offer special new status effects and ‘bigger numbers.’ Players will also have the chance to go toe-to-toe (block-to-block?) with the Leapleaf, Jungle Zombie, Poison Quill Vine, and the terrifying Jungle Abomination.

Alongside the launch of Jungle Awakens, a free update has also been added to the game that includes some balancing changes, new items for players to use, and an all-new dungeon called the Lost Temple. 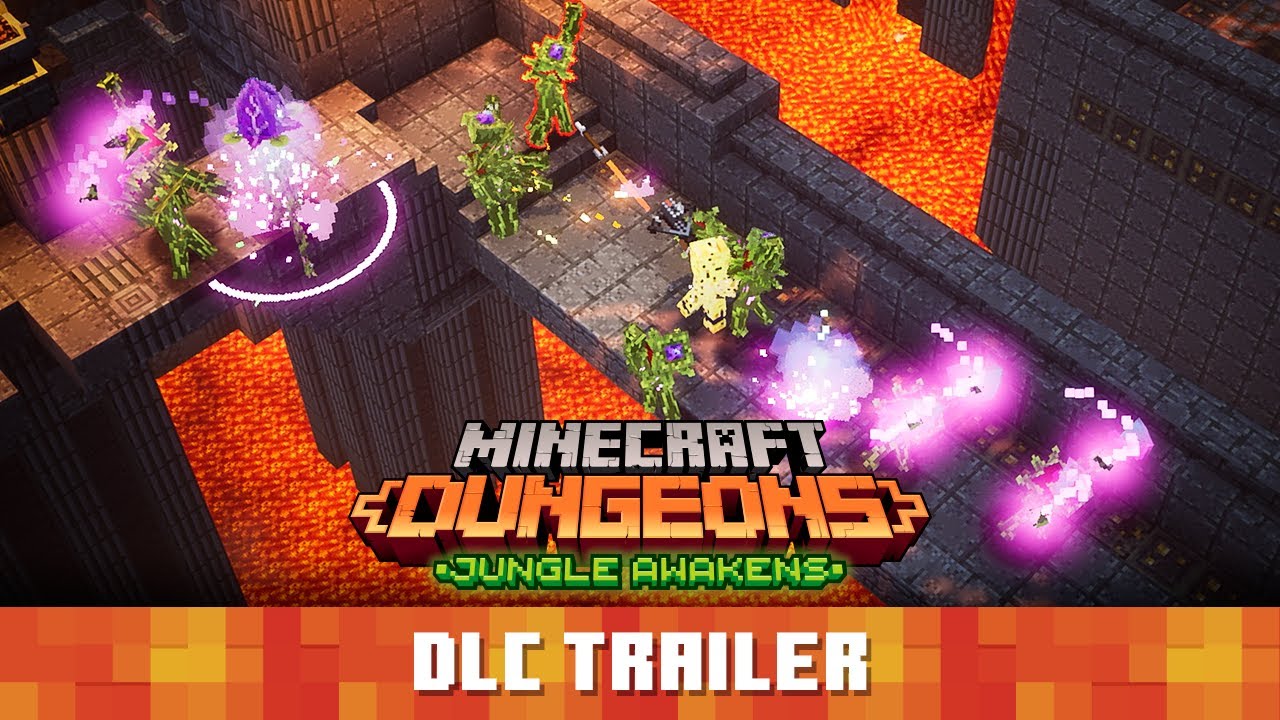 Enter a distant jungle that has been taken over by a mysterious power. Face new foes and solve dangerous puzzles as you fight your way through the vile vines to defeat the source of the corruption: the Jungle Abomination.

Minecraft Dungeons is out now on Xbox One, Windows 10 PCs, and is also included in Xbox Game Pass for Console, for PC, and Ultimate.

If you’re not a Game Pass user, you’ll find that the base version of Minecraft Dungeons retails for a nice $19.99. The Hero Edition, which contains both the base game and the Hero Pass upgrade, is going for $29.99. You can also buy the Hero Pass Upgrade separately for $9.99.

The Hero Pass contains a Hero Cape, two player skins, and a chicken pet, along with the two DLC expansions for Minecraft Dungeons.