Microsoft’s Translator app for Windows 10 devices has now left its beta status and been released to the public in its latest app update to version 4.0.0.0.

The new app doesn’t offer many new features compared to the old one, but now comes with the new universal UX and UI experience, allowing you to scale your app from one device to another (or even on the same device with Windows 10’s scaling settings). It is also more stable and presumably has less bugs than the previous app.

– Text translation – Enter text to translate into one of 50 languages and scripts (Michael – Including Klingon!).

– Camera translation – Point your camera at signs, menus, newspapers — any printed text in 19 languages and scripts — then tap to see the translation.

– Voice translation – Translate by speaking one of 18 languages into your phone.

– Offline translation – Download a translation pack so you can translate even when you’re offline — handy when you’re traveling and you want to avoid expensive data roaming charges. – 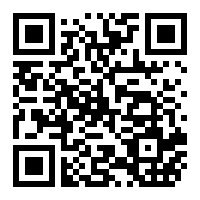