Recently, we reported that Microsoft is working on bringing Office Lens to the desktop. Alongside the upcoming Office Lens UWP app, Microsoft is also working on bringing Outlook Groups to the desktop as a Universal Windows Platform app. The Outlook Groups app for Windows 10 will essentially be an enlarged version of the current Outlook Groups app for Windows Phone. The user interface of the app looks and works just like the current Phone app, here are some screenshots:

For those unfamiliar with Outlook Groups, it’s a service that is available to Office 365 Work and School users where multiple users from a company can collaborate, share files, discuss new ideas, etc. Outlook Groups is definitely one of the best Windows Phone apps out there, and it’s nice to see Microsoft bringing it to the desktop as well. The new UWP app will probably arrive with a new app update for the existing Outlook Groups app in the coming weeks. Until then, you can checkout Outlook Groups on your Windows Phone from the link below. 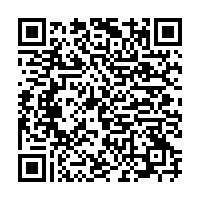