Update 3: The standard Xbox One went up for preorder a day ago and it’s already topping charts on Amazon.

You can currently signed up to get alerted when the console will be available but it doesn’t look like it’ll be available anytime soon. You’ll probably still be able to get the normal Xbox One X when it launches on November 7. However, it won’t feature the amazing design. Many places like Best Buy and GameStop still have the item but supplies are running out fast. Be sure to get your preorder in before it’s too late. Considering that Amazon is the biggest and most-preferred retailer, this is still good news for Microsoft. It is still available for preorder from the Microsoft Store. However, it may go out of stock at any minute.

Update 1: It looks like Best Buy is also out of the preorders. Even though you can add the console to your cart, you eventually get an error which says it’s out of stock. Retailers around the world, like Amazon in Canada and the United Kingdom, are also reporting that the console is out of stock. Contrary to analyst claims, the console is topping charts around the world. According to various estimates, Microsoft will send out enough consoles to hold retailers for a week so the fact that they sold out in hours is definitely encouraging. 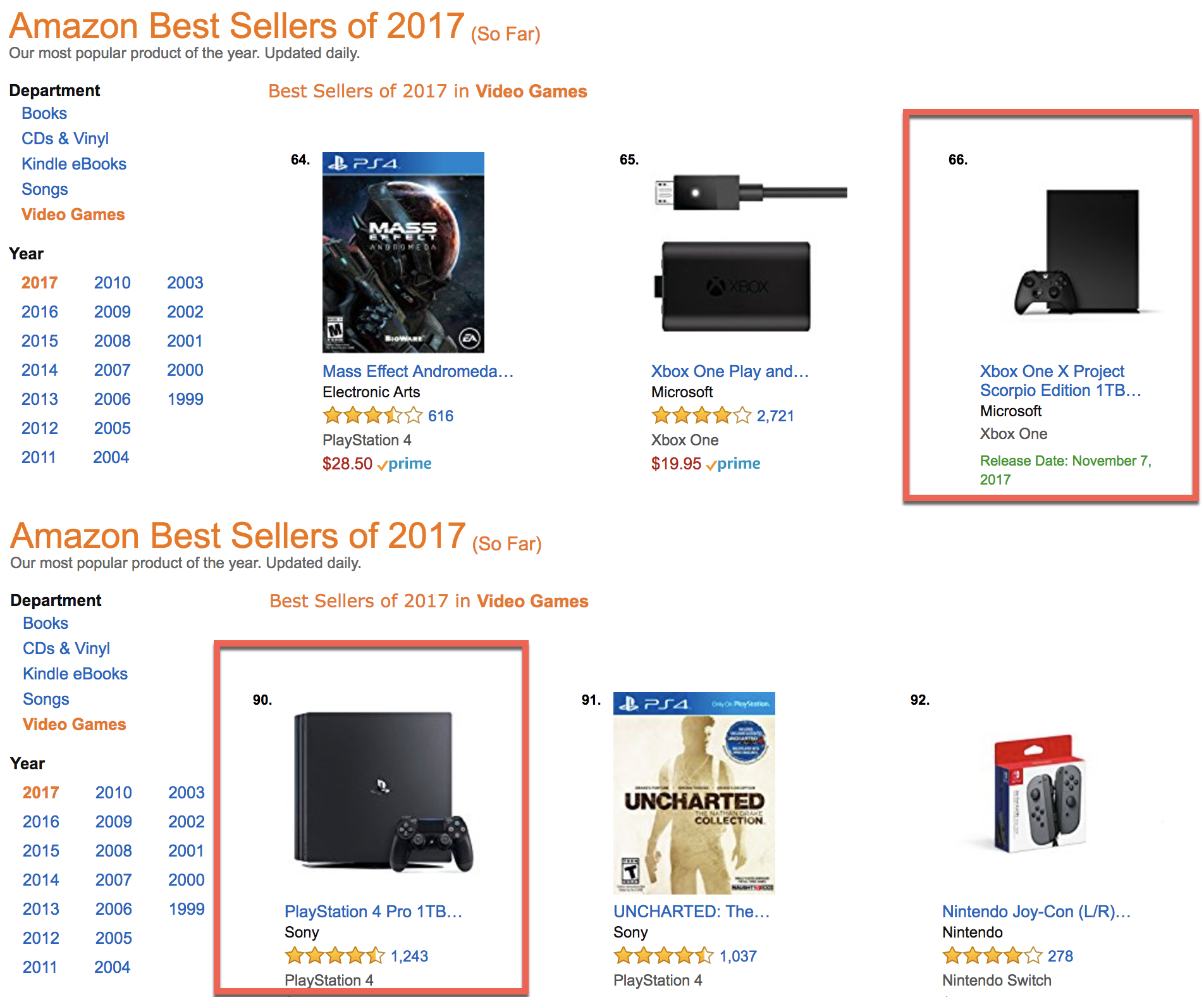