There are few names as offset explanatory as Sniper Elite. While titles like Horizon: Zero Dawn tell you absolutely nothing about the content they provide, this is a title that knocks you right in the face with it: you’re a sniper and you’re damn good at it.

Set in the tail end of the Second World War, Sniper Elite V2 Remastered takes you back to the last-generation shooter with a new coat of paint. It certainly looks good: while there’s the ever-familiar grey, grey, grey look that most last-gen AAA games suffered from, there is a great amount of detail here.

With environments being a great deal smaller, more linear and less involved than that of the stellar Sniper Elite 3 and 4, V2 Remastered does at least provide some pretty sights. The improved lighting, textures and geometry don’t look out of place for this gen, but animations aren’t exactly the cleanest.

As for the story, V2 Remastered is very barebones in that regard. Playing as Lieutenant Karl Fairburn, you’re a soldier caught between the Nazis and the Soviets as you strive to stop the creation of the V-2 ballistic missile. As a game with “sniper” in the name, achieving this goal is fairly easy—stroll through some stealth areas, blow up some vehicles along the way and pop a 50. Cal into the main target’s head.

Navigating the game’s environments do have their own unique barriers that will stop you from getting to your target. Large stretches of enemies will require a combination of sneaking, stabbing, shooting and cleverly using your equipment to trick your foes. There are few things as satisfying as placing an enemy body in an easily discoverable spot, wiring up a trip mine and watching a Nazi trigger his own demise.

One section very early on tasks you with navigating down a long strip dotted with enemies, a rival sniper guards the rear. While Sniper Elite V2’s AI isn’t the best, they can hear very well, although the crack of a rifle round isn’t exactly the most silent thing in the world. Popping off one round in a quiet street will steal the attention of every soldier nearby; once you let off a shot, you’ll have to quickly reposition yourself unless you want to get caught.

Unfortunately, V2 Remastered does suffer from the years of advancements that its sequels offer. Sniper Elite 3 and 4 both expanded the scope of Rebellion’s 2012 reboot to such a degree that V2, unfortunately, feels lacking. The linear levels aren’t great by 2012’s standards, and they still feel antiquated today.

Thankfully, Sniper Elite V2 is held up purely on the strength of its superior gunplay. While pistols and machine guns feel rather standard in comparison to its contemporaries, Sniper Elite’s signature sniper rifles feel weighty, crunchy and powerful. As soon as a bullet leaves the chamber, air cracks and sound breaks. Often, through the game’s now-iconic use of slow-motion bullet time, you’ll get an X-ray look at what your bullet is doing to your Nazi foes. Sometimes, it’s the crack of a skull, other times it a popping testicle.

Outside of the seven-hour campaign, there are a few additional DLC missions to sink your teeth into. Some of these missions are some of the game’s standouts; seven years on, Assassinate the Fuhrer is still a laugh despite Rebellion’s redoing of the mission in later games.

For multiplayer, Rebellion has added all of Sniper Elite V2’s classic bout of Deathmatch, Capture the Flag and more Everything is back, alongside a host of new playable characters that have been imported from the zombie co-op spin-off game Zombie Army Trilogy. There’s even a pretty fantastic photo mode for some grisly photographs. None of these are striking selling points, but they do help to offset the remaster’s £30 price point. 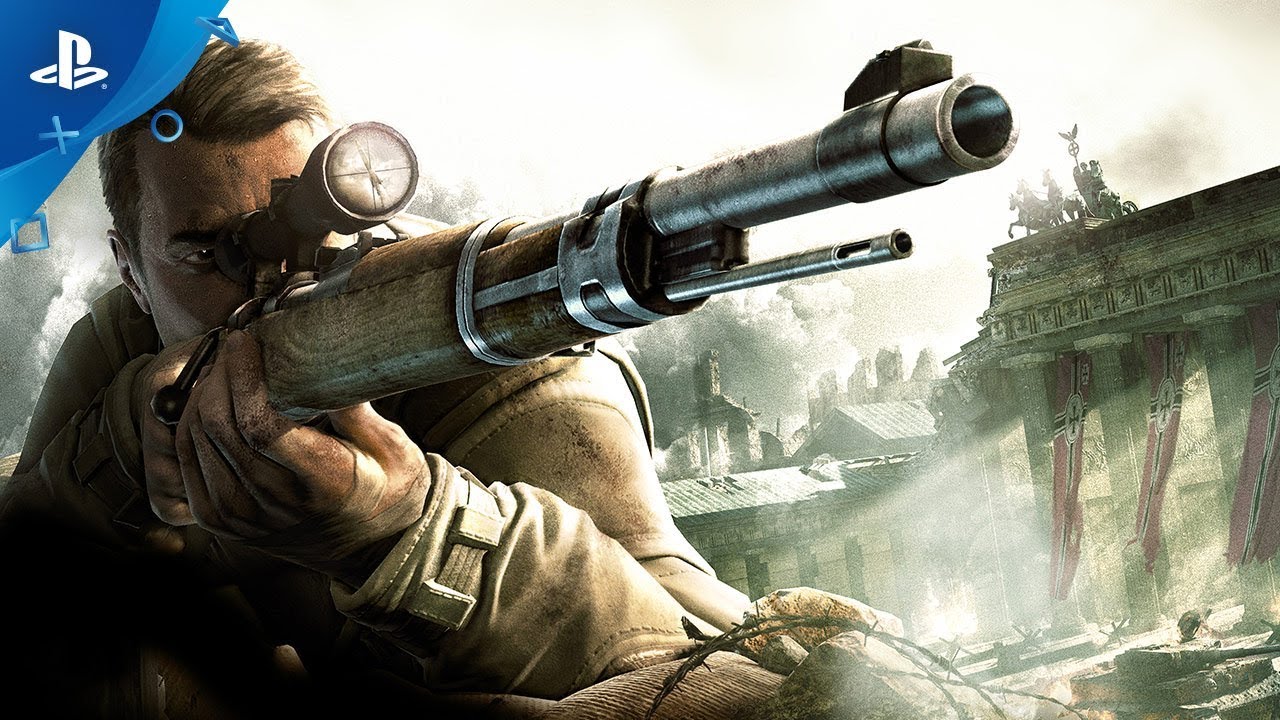 Overall, Sniper Elite V2 Remastered still isn’t a fantastic game, but it is an enjoyable one. While it may be quainter in design than its amazing sequels, it’s still a fun romp. Seven years after release, firing a sniper rifle in V2 still feels fantastic, especially in comparison to other shooters. Rebellion’s shooting is still a masterclass in third-person shooters. Sniper Elite has only evolved since this game’s original version, but the foundations here are still strong.