The young and energetic startup from France, Miraxess, first teased their NexDock-like device at CES earlier this year. Their lapdock (can we consider that a device category?) supports both Continuum for Windows 10 Mobile, and Andromeda for Android devices. While positioning themselves closer to the economy position in the market than high-end, Miraxess’ device, named the Mirabook, comes with blue, red, yellow, or pink accent colors, and has a modern, dare I say, adolescent, look to it.

We’ve learned that Miraxess plans to launch their Indiegogo campaign to crowdfund the Mirabook this Thursday, April 13th.

When first announced, the pricing for the Mirabook was slated to be in the $300 range. Due to the nature of trying to drum up support for their crowdfunding campaign, many startups offer their product at substantial discounts for the early adopters. I have yet been able to confirm this, but I have reason to believe that the first few devices can be reserved for $180 (USD). In comparison, the NexDock was available to the earliest of adopters for just $79. I must point out the slim likelihood of production costs for the NexDock being much less than that.

We’d be remiss if we didn’t mention the HP Lap Dock when discussing this category. The Mirabook seems to have entered the market far from the enterprise giant’s flagship phone companion. I am not entirely sold on the aesthetic design of the Mirabook yet, but at one-half to one-third the price, this could get some traction over the spendy Lap Dock. 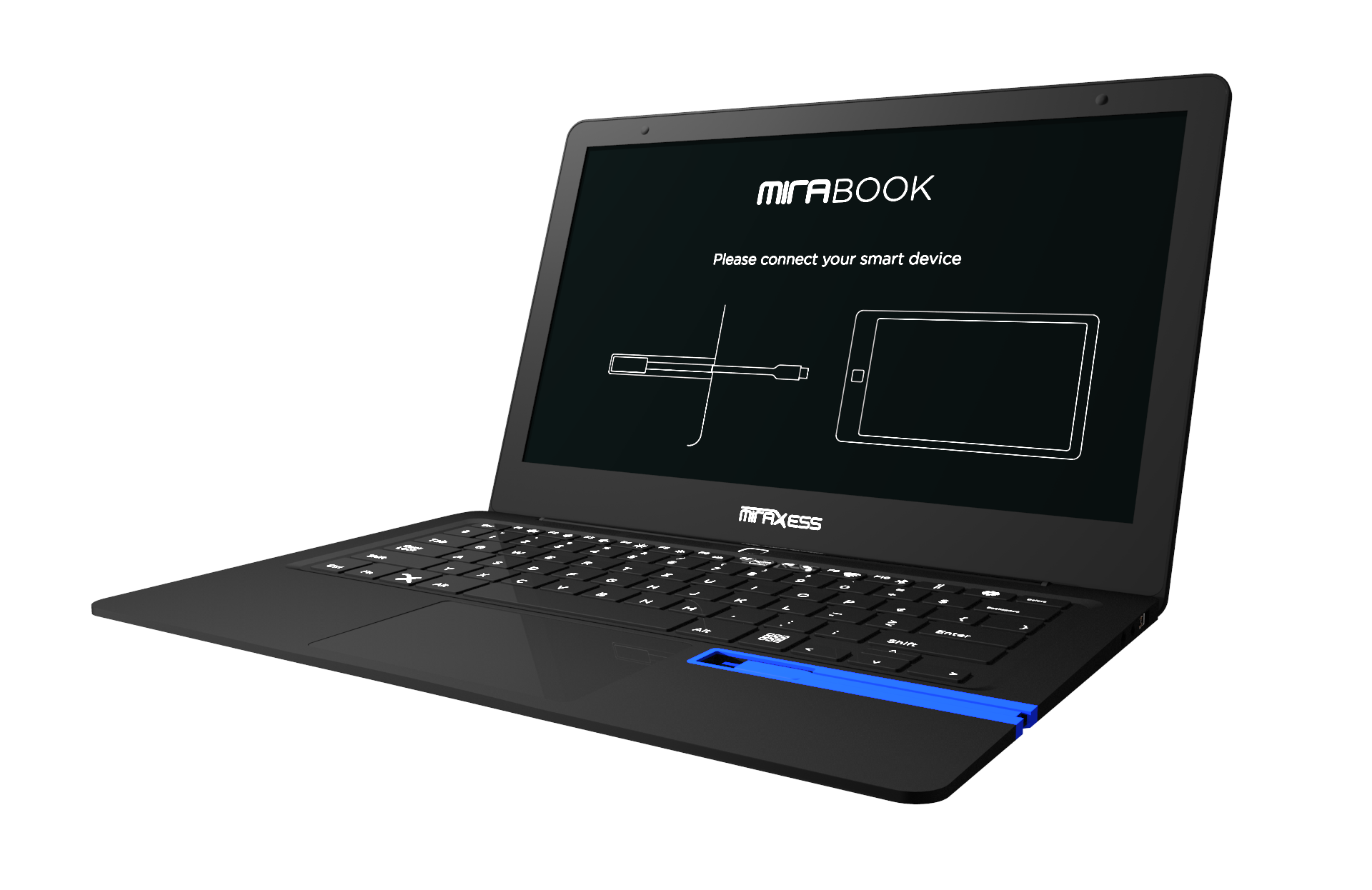 One big potential drawback I see so far, is that the Miraxess Mirabook does not appear to support wirelessly connecting to your Continuum-sporting Windows 10 Mobile device. While the built-in USB-C cable will likely never get lost, it may also be troublesome if needing replacement.

We expect to learn more in the next few days, so stay tuned.

While the video below doesn’t necessarily sell power-users on the technological merits of Miraxess’ new offering in to the lapdock category, it may coax out a chuckle or two.


How do you think this stacks up to the current competition in the lapdock device category?