It won’t be available to all devices just yet, Microsoft is pushing it out to the most recent flagships and mid-rangers first, before expanding to the older first generation of devices later.

Unlike previous updates for Windows Phone devices, you can’t get it just by checking the settings app. Microsoft has released an update to their UpdateAdvisor tool, making it more similar to their Windows 10 GWX app. It provisions your device to be able to get Windows 10 Mobile, similarly to the Windows Insider app.

“Today, we’re pleased to begin the roll-out of Windows 10 Mobile to select Windows Phone 8.1 devices. There are a lot of great new features in Windows 10 Mobile, like Continuum, Windows Hello and Cortana. Consistent with our approach to the Windows 10 PC upgrade, we are focused on delivering a high quality experience for our customers. The Windows 10 Upgrade Advisor app can be downloaded from the Windows Store to see if the upgrade is available for your device.

You can see the current list of Windows Phone 8.1 devices that are supported for the upgrade to Windows 10 here.”

If your device is eligible, you can get Windows 10 Mobile now if you haven’t already using this tool: 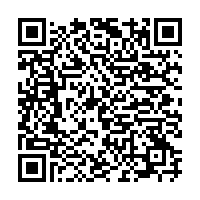