Microsoft today announced yet another feature coming to Edge with the Windows 10 Creators Update in early 2017. The firm today revealed the new Payment Request API for Edge’s web platform which will allow web developers to integrate simpler and more intuitive payment systems on their websites and online stores. The Payment Request API is a fairly new API — for instance, Google added support for Payment Request API with Chrome 53 which was released back in August.

The Payment Request API on Edge will work with Microsoft Wallet on both Windows 10 PCs and Mobile devices as shown in the screenshot below. As you presumably already have added your credit cards or other payment details to your Microsoft Account, you will be able to pay for a certain item using any of those credits cards thanks to Microsoft Wallet and the Payment Request API on Windows 10: 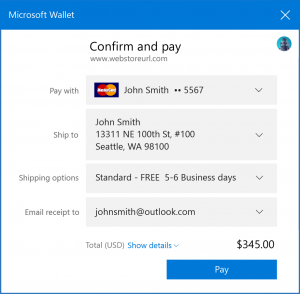 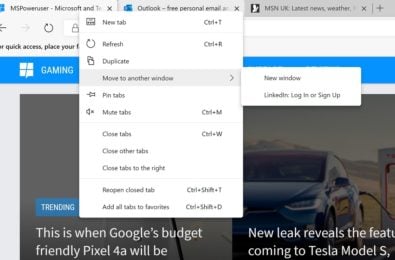