Pokemon Go have given us a taste for outdoor augmented reality gaming, but it takes a powerful device like the HoloLens to really bring the potential of the idea to life.

HoloLens developer Abhishek Singh has taken up the challenge of recreating the first level of the iconic Super Mario Bros game in augmented reality, creating a 110-metre long course in Central Park filled with monsters and pitfalls, and recorded himself completing it suitably attired in a Mario costume.

The video was recorded in New York City’s Central Park and I think also gives us a taste of how strange the world will be when we all inhabit our own virtual reality when out and about.

It is not yet known when Microsoft’s version of stand-alone mixed reality will hit the market, with Phil Spencer saying it may be 5-10 years before a consumer version of the technology is ready.  I am sure Microsoft’s competitors will however not be standing still in the mean time.

See the video below, and check out Abhishek’s other work at his website here. 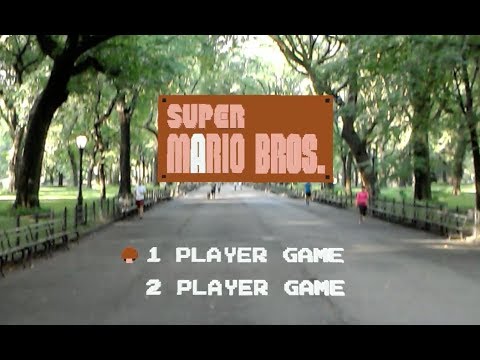