Microsoft’s video hosting service for businesses is going public today. The company today launched Microsoft Stream in 181 markets and 44 languages for Office 365 Enterprise customers after testing it as part of a preview for more than a year. The service has improved significantly since the initial preview launch mostly due to the introduction of some AI-driven features and it is more than just a video hosting service now.

Redmond has incorporated some intelligent features into the service to put it apart from other video streaming services such as Vimeo or YouTube. For one, Microsoft Stream includes face detection for videos — and it will let viewers skip to a part of the video where a certain person is shown. The service also includes speech-to-text detection that automatically transcribes videos uploaded to Stream and the transcriptions are a lot more accurate than what you see on YouTube’s auto-generated captions.

On the security front, Microsoft says Stream includes “industry leading” encryption and offers a range of different options to users in order to ensure video uploads are only viewable to the intended members of a company. Microsoft Stream also integrates with Azure Active Directory and Office Groups to make this a simpler process, and companies using Microsoft Teams will also be able to take advantage of the service thanks to the built-in integration. 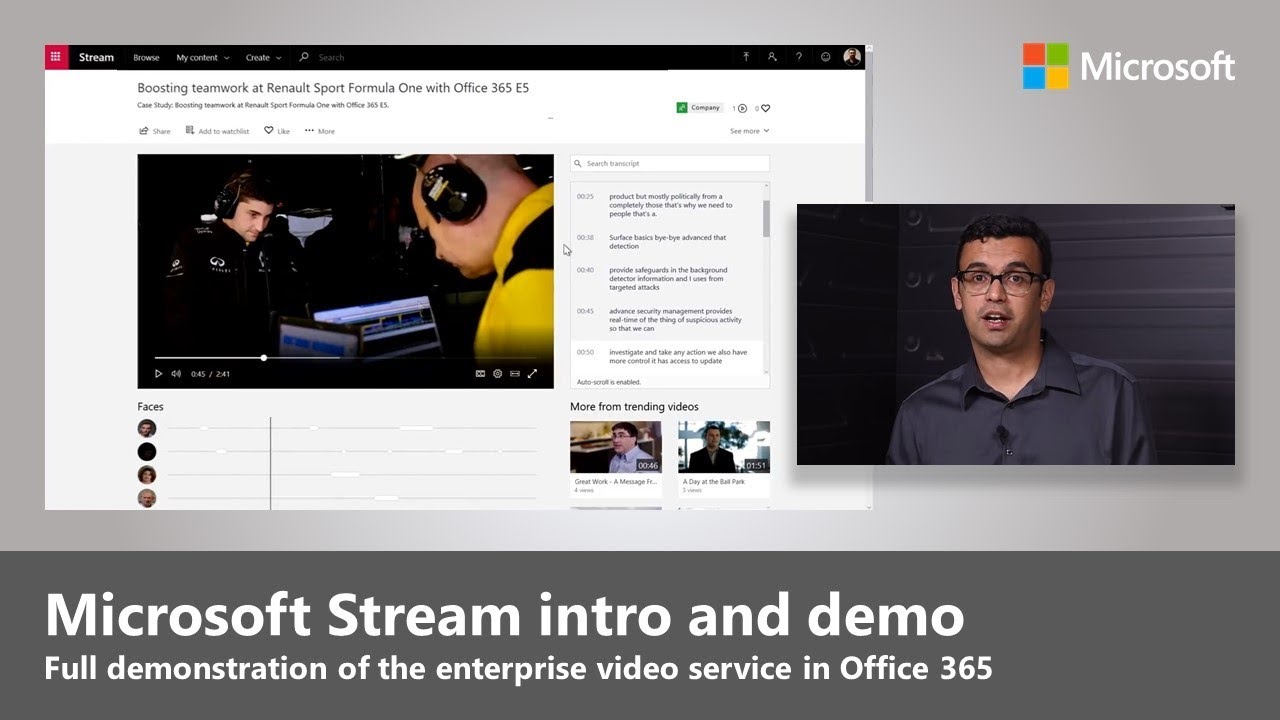 Microsoft Stream is available today to all users with an Office 365 Enterprise subscription, and you can check it out here.