ZTE has launched the ZTE Axon A20, and as part of their presentation, the company explained the technology behind the device’s main USP – its under-display camera.

ZTE says the camera takes up only 0.2% of the display area and was the result of improvements to the 7 layers which makes up a phone screen –  front glass, polarizer, encapsulation glass, Cathode, OLED, array, and substrate glass. The most important layers use ultra-high-transmittance micron-level new materials, and the film structure has been anti-reflective treatment, which maximizes the transparency of the screen and suppresses optical diffraction at the same time.

Their presentation echoes that of Visionox, and there have been suggestions that the company is using their technology, despite ZTE claiming their engineers “researched day and night and finally presented a complete solution.”

Xiaomi was not happy to let ZTE take all the limelight, and today also showed off what they call their 3rd generation under-display camera technology, with Zeng Xuezhong, president of the mobile phone department of Xiaomi Group, promising to bring the technology to market early next year. 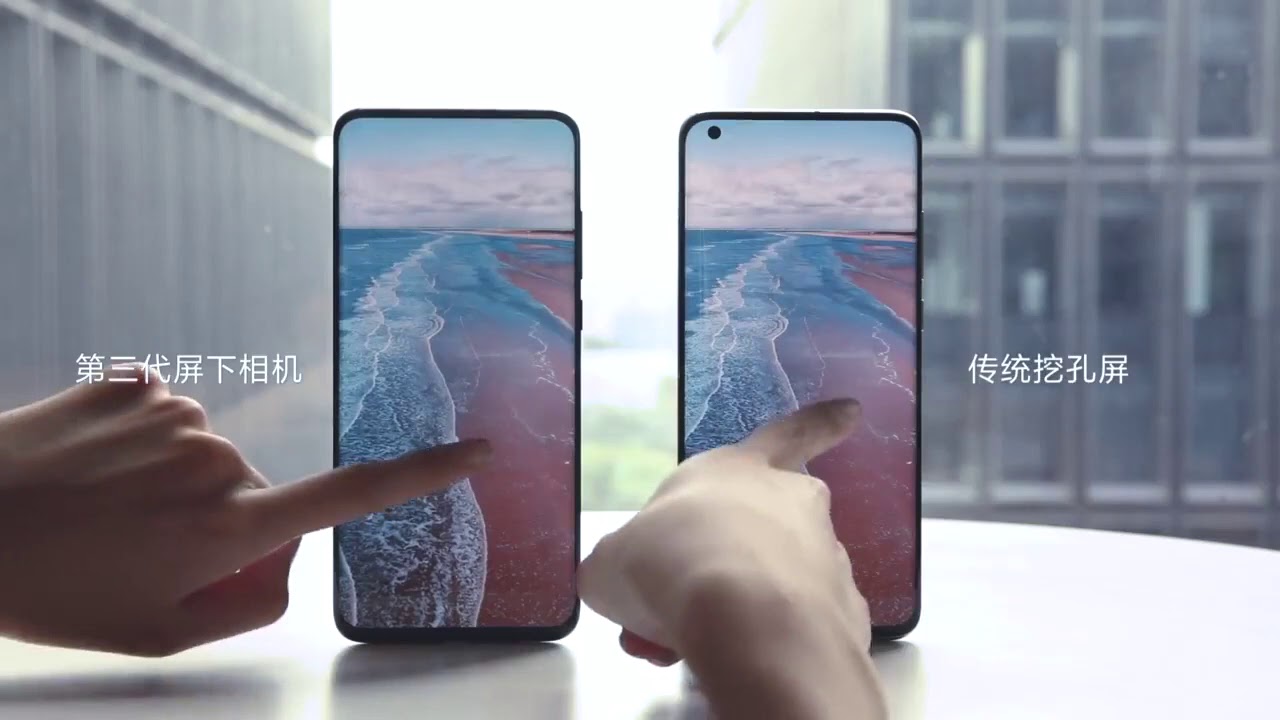 Xiaomi says their version using a special pixel arrangement with double the resolution to capture images via the sub-pixel gaps.

It also featured a special screen driver to further improve light transmission to the camera.

On the left is a conventional camera and on the right is Xiaomi’s 3rd generation under-display camera technology.

Whichever technology wins out in the end, it seems pretty clear that, like in-display fingerprint readers, the day of the visible selfie camera is nearly over.