Yesterday we reported that Zoom’s iOS app has been sharing data with Facebook. This was due to the use of Facebook’s SDK which allows companies to collect and share data using Facebook Graph API. While multiple companies do this, the reason Zoom was targeted was because of its failure to disclose how data is being collected and used.

Today, Zoom has released a statement (via Neowin) confirming that the company has removed Facebook’s SDK. The company said it has “reconfigured the feature so that users will still be able to log in with Facebook via their browser.” The company also clarified that the data collected didn’t include any PII or sensitive user information and thanked Motherboard for bringing it to the company’s attention.

We originally implemented the “Login with Facebook” feature using the Facebook SDK for iOS (Software Development Kit) in order to provide our users with another convenient way to access our platform. However, we were made aware on Wednesday, March 25, 2020, that the Facebook SDK was collecting device information unnecessary for us to provide our services. The information collected by the Facebook SDK did not include information and activities related to meetings such as attendees, names, notes, etc., but rather included information about devices such as the mobile OS type and version, the device time zone, device OS, device model and carrier, screen size, processor cores, and disk space.

Our customers’ privacy is incredibly important to us, and therefore we decided to remove the Facebook SDK in our iOS client and have reconfigured the feature so that users will still be able to log in with Facebook via their browser. Users will need to update to the latest version of our application that’s already available at 2:30 p.m. Pacific time on Friday, March 27, 2020, in order for these changes to take hold, and we strongly encourage them to do so.

The app has received a new update which fixes the issue. If you’re using Zoom on iOS then you can head to Apple’s app store to grab the latest update. 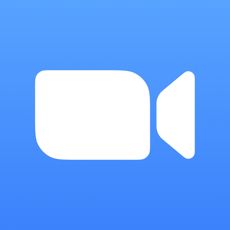