Microsoft’s Your Phone app has been very popular, but it took me about a month between its announcement and being able to try it, as I ran into numerous and frustrating setup issues.

If you are in the same boat the good news is that Microsoft has updated both the Windows 10 and Android app, with the promise of fixes, stability improvements and important improvements to the setup experience.

This is according to Analy Diaz, Senior Program Manager at Microsoft, who tweeted:

An update to the #YourPhoneApp is out with a bunch of fixes on stability and improvements on the setup flow. Let us know if you're still hitting problems and keep sending your feature requests on Feedback Hub.

The Your Phone app is part of Microsoft’s effort to weave Windows 10 PCs into people’s Phone-based workflow, making it easy for phone-first users to take advantage of the productivity benefits of the larger screen and better input functions on your laptop and desktop.

The Your Phone app will be delivered by default with the Windows 10 October 2018 update, whose roll-out is currently on hold for a much more serious bug.

Let us know if the latest update fixed any setup issues in the comments below. 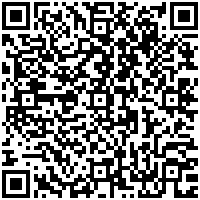