UPDATE 10:59pm GMT: Mixer is now back up! The Mixer status page marks all functions as operational. Xbox Live and Support are still suffering issues.

Some Mixer users may find that thumbnails are missing. The Mixer team is aware of this and says that a few channels may need to restart their stream to restore thumbnails to their former glory.

Monitoring – Due to the recent issues, some channel thumbnails are still missing. We are aware of this issue and they are in process of being restored. A few channels may require restarting their stream to fully recover, but doesn’t impact viewers from access or enjoying their favorite streamers channel.

The missing thumbnails should have little to no impact on your Mixer experience.

UPDATE 10:42pm GMT: The Xbox Support website is now also down for some users, joining Xbox Live and Mixer in experiencing server issues.

The Xbox Support Twitter account says that it’s aware of the issue and is investigating, just as they’re currently investigating the Mixer and Xbox Live outages.

We understand some users may be having issues accessing https://t.co/SoIhwJROia, and are currently looking into it. Please check back here for updates as we investigate.

On the bright side, the Xbox Live status page is now occasionally deciding to work for some, while continuing to throw up endless loading screens for others.

At the time of publishing, the Xbox Live status page says that signing into Xbox Live, using prepaid cards or codes, and buying downloadable items are all affected on Xbox One consoles.

We’ll be keeping an eye on all three services and will update with any future developments.

After experiencing an outage just a couple of days ago, Xbox Live is once again down, meaning some users can’t currently sign in or match-make in games.

The Xbox Live status page is, rather ironically, also down, so we currently can’t pinpoint the source of the issue or which platforms it’s affecting.

It’s safe to assume that at the very least, Xbox One consoles are affected, although Windows 10 users may also be experiencing issues.

The official Xbox Support Twitter says that the Xbox Support team is aware of the issue and currently investigating.

We understand some users may be experiencing errors with sign in or matching making on Xbox Live, and are currently investigating. Please check back here for details.

The Mixer support team also confirms that some users may be unable to access or use Mixer services, including signing-in. The Mixer status page displays the following message as of 2:26pm PDT on March 15th:

Update – A data center networking outage is having impact across several services. Engineers are engaged and working on mitigating the issue.

We’ll update when both services are back up and running. 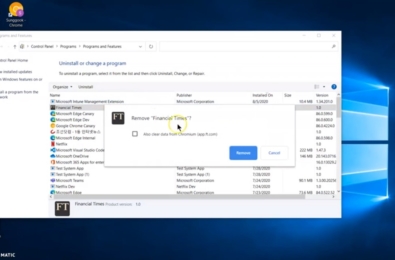