The biggest threat to Microsoft’s Windows empire is not Apple, who really only plays in the $1000 plus price range, but Google’s Chromebooks, who are invading the low end of the market, having already taken most of the market share in Education and which is now starting to make inroads in Enterprise.

The operating system is however still quite immature, with much of its rapid evolution being in the form of catching up with what has long been available on Windows.

The latest new feature is a good example of this, with the operating system finally getting the option for split-screen multitasking via a side-by-side snap in tablet mode, very similar to Windows 8. Before in tablet mode, the current application was maximized and could not be resized.

Designed for touchscreen use, the feature was previously available in Developer mode, but can now be activated by any Chromebook owner.

Now when activated users can press the overlay button and see their open applications, and drag and resize them to different sides of the screen.

The feature is available at chrome://flags/#enable-tablet-splitview. To see how to activate it check out the video by ChromeUnboxed below: 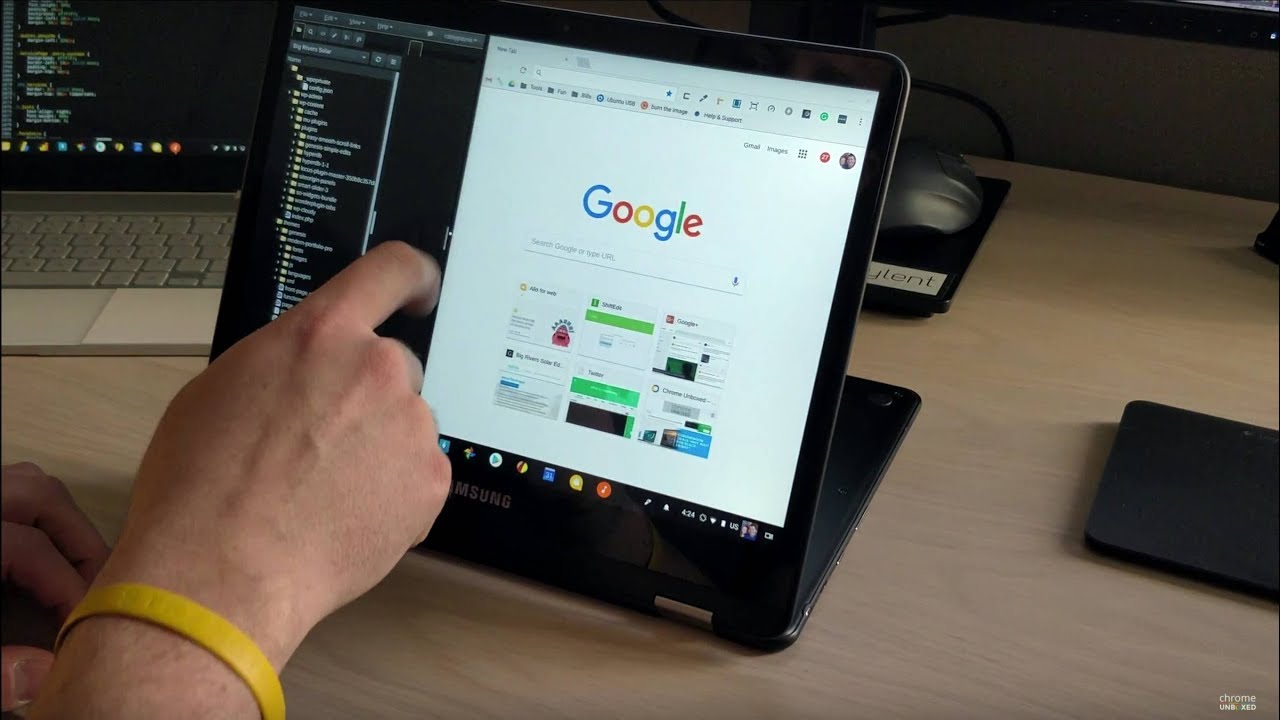