Windows Camera for Windows has been updated. Microsoft today released a minor update for the app, which takes the app to version 2016.225.10.0.

The store entry does not have an updated changelog yet, but a Microsoft employee has revealed on Reddit that the update brings a Pause feature to the video recorder in the app, meaning if you are bored you can record your own Vine-like stop motion video.

The update has not come to the Windows 10 Mobile app yet, but is on the way, and many other coming improvements have also been teased.

Find the updated Windows 10 app in the Store here. 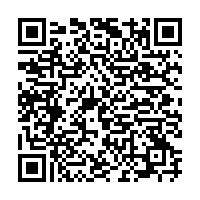