MyTube is arguably the best YouTube app you can get in Windows 10. The app includes a beautiful user-interface and works across Windows 10 PCs, Mobile, and even the Xbox One. The app today picked up a pretty huge update, along with a crucial fix that partly broke the app recently.

There’s now a new picture-in-picture mode for MyTube with the latest update, which means you can now watch YouTube videos while you are working on something else. The picture-in-picture mode on MyTube uses the CompactOverlay API in Windows 10, so you can drag it around your display and place it wherever you’d like. It’s pretty neat.

Another big addition to MyTube with today’s update is the new TV mode. With the TV mode enabled, you’ll be able to experience the app’s UI for the Xbox One on your Windows 10 PC. While this feature won’t be very useful if you have a small display, but those with a big monitor might enjoy the new TV mode in MyTube.

There’s a lot of other minor improvements and bug fixes in the latest MyTube update, so make sure to checkout the full changelog here:

You can get MyTube from the link below: 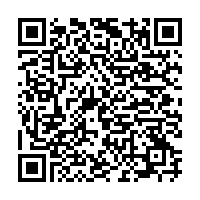