We reported a yesterday that WhatsApp for Android has finally increased the number of users that can participate in group audio, video calls from four to eight, and that the app was available to download from WhatsApp’s website, but not the app store.

Now WhatsApp has officially announced the feature, with the updated apps rolling out to phones as we speak.

Whatsapp says the COVID-19 pandemic has meant that people all over the world are turning to voice and video calling on WhatsApp more than ever before. Group calling has been particularly useful and their users have asked to connect with more people at once.

To aid the effort, WhatsApp video calls are also available on the Facebook Portal.

To access the new, higher participant limit on WhatsApp calls, all participants in a call need to update to the latest version of WhatsApp available on iPhone or Android today.

Update your app in your store today. 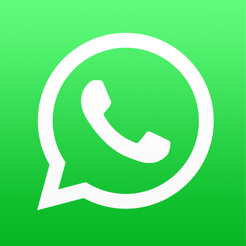