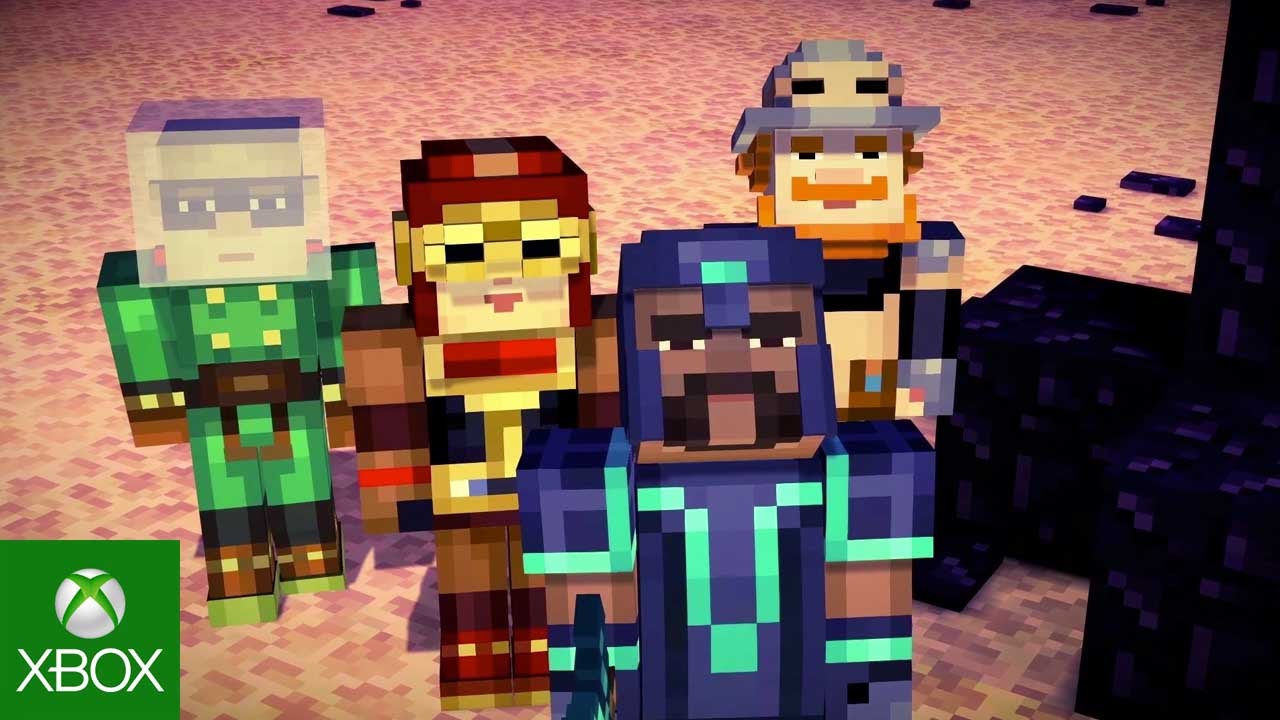 Minecraft: Story Mode season premiere is coming this month. Episode 1: ‘The Order of the Stone,’ the first of five episodes in the season, will premiere digitally worldwide on Tuesday, October 13th this year. The episode will be available at launch on PC from the Telltale Online Store, Steam, and on the Xbox Games Store for Xbox One and Xbox 360.

Minecraft: Story Mode is an adventure game, by Telltale Games, set in a Minecraft world. It is a five-part episodic series that will take you to the Nether, the Farlands, the End, and beyond! You will drive how the story flows through the decisions you make: what you say to people (and how you say it), and what you choose to do in moments of thrilling action.

Players will control protagonist Jesse throughout the season, as portrayed by actor Patton Oswalt. Jesse and his group of friends revere the legendary Order of the Stone; four adventurers who slayed an Ender Dragon. The Order is the very best at what they do: Warrior, Redstone Engineer, Griefer, and Architect. While at EnderCon, Jesse and his friends discover that something is wrong… something dreadful. Terror is unleashed, and they must set out on a journey to find The Order of the Stone if they are to save their world from oblivion.