Microsoft has been working on a new voice input interface that will allow users to speak and record without voice leaks. The research is being conducted by Microsoft Research and was presented in ACM CHI 2018.

Called SilentVoice, it uses the other 50% of your voice by recording sound made while breathing in, rather than breathing out.  This allows for a whisper-like sound which allows a microphone to record the voice without disturbing the surrounding people. Moreover, the module will also filter the surrounding voice so the user can capture clear voice even in without outside interference.

SilentVoice is a new voice input interface device that penetrates the speech-based natural user interface (NUI) in daily life. The proposed “ingressive speech” method enables placement of a microphone very close to the front of the mouth without suffering from pop-noise, capturing very soft speech sounds with a good S/N ratio. It realizes ultra-small (less than 39dB(A)) voice leakage, allowing us to use voice input without annoying surrounding people in public and mobile situations as well as offices and homes. By measuring airflow direction, SilentVoice can easily be separated from normal utterances with 98.8% accuracy; no activation words are needed. It can be used for voice-activated systems with a specially trained voice recognizer; evaluation results yield word error rates (WERs) of 1.8% (speaker-dependent condition), and 7.0% (speaker-independent condition) with a limited dictionary of 85 command sentences. A whisper-like natural voice can also be used for real-time voice communication.

You can check out the full presentation at the ACM CHI Conference on Human Factors in Computing Systems
Session: Sensing and Acoustics below: 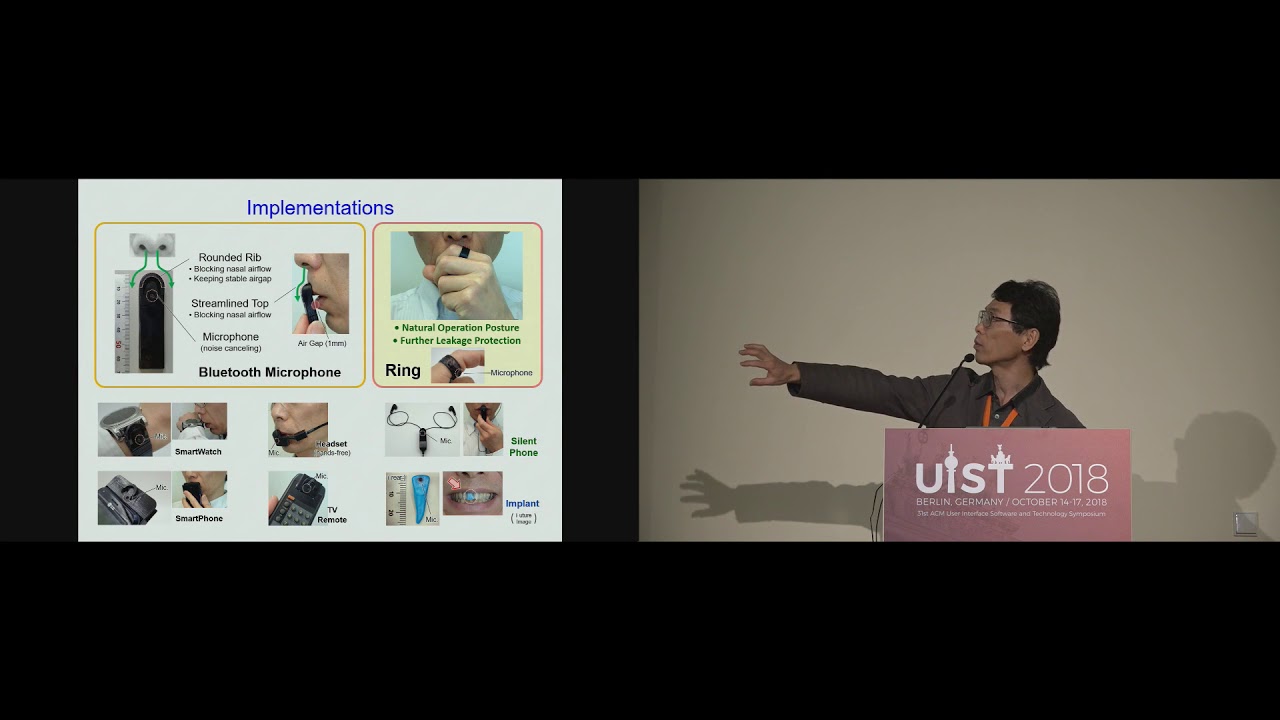 The tech is still under research phase but will surely help those who like to use voice commands but who prefer to work without disturbing those who are around them.