Gamera Interactive, a brand new development studio made by industry veterans, is announcing a pixelated old-school action game by the name of Unit 4, available for Xbox One in early 2017. The game is set in a sci-fi universe, and offers four different characters, each one with its own unique skill: Agility, Strenght, Engineering and Mysticism. The game can be played both in single and cooperative multiplayer up to 4 players.

In Single Player Mode, the player can swap the main character with the others instantly, combining each ability and creating a highly dynamic movement system and unique, deep gameplay. Cooperation is the key in Cooperative Mode since characters can’t access all the areas in a level or do all of the actions that the others can do. The players will need to help each other by figuring out how to combine their abilities first and by correctly performing more and more complex maneuvers then. The game does not feature any health system, so all damages from enemies or traps will cause death! 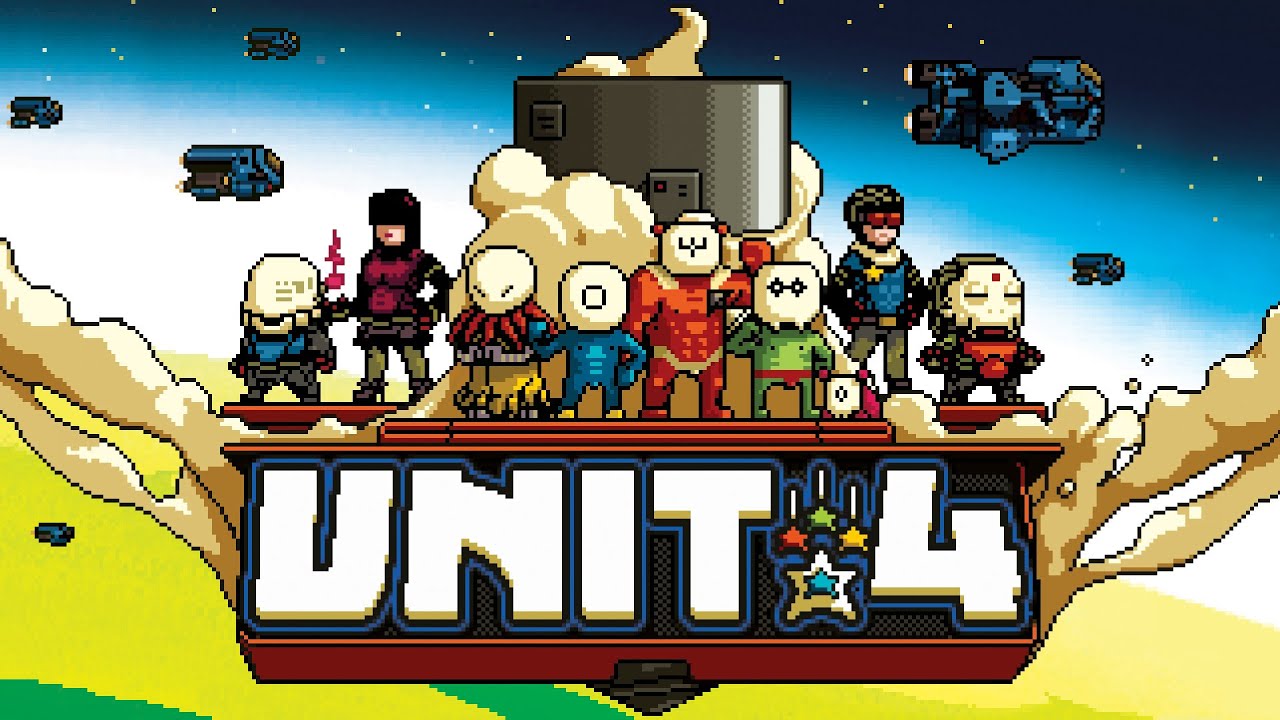 An evil army of aliens has stolen a sacred artifact while invading your home planet. Similar reports are coming from other planets of the solar system that it is starting to decay without the vital support of these artifacts. Our heroes will begin an epic and dangerous journey to uncover the truth behind this invasion. Who are these aliens? What are they trying to accomplish? Can our heroes avoid the universe collapsing? The Unit is the only hope left!

Unit 4 is about a special team of four different characters coming from a (not so) far away galaxy, each one with its own unique skill: Agility, Strength, Engineering and Mysticism. The game features intense and highly dynamic gameplay based on the classic platforming experience. Each one of the four characters can move and jump using his unique ability to enable different movement dynamics. Levels are filled with strange creatures, dangerous and ruthless enemies, deadly traps and both movement-based and logic-based puzzles.