Patrick Wirtz, an innovation manager for The Walsh Group, spends most of his time implementing technology that will enhance Walsh’s ability to work with clients. In the construction industry, building information modeling (BIM) is a critical component of presentations to clients. BIM allows construction companies like The Walsh Group to represent the functional characteristics of a facility digitally. While this is mostly effective, Wirtz wanted something that would really “wow” his clients. He wanted a way for them to not only see the drawings, but to bring the buildings to life by allowing clients to explore the blueprints themselves

Wirtz found the solution he had been seeking when he stumbled upon an article about Ubi. At Ubi Interactive, we provide the technology to transform any surface into an interactive touch screen. All the user needs is a computer running our software, a projector, and the Kinect for Windows sensor. Immediately, Wirtz knew Ubi was something he wanted to implement at Walsh: “I contacted the guys at Ubi and told them I am very interested in purchasing the product.” Wirtz was excited about the software and flew out to Seattle for a demo. 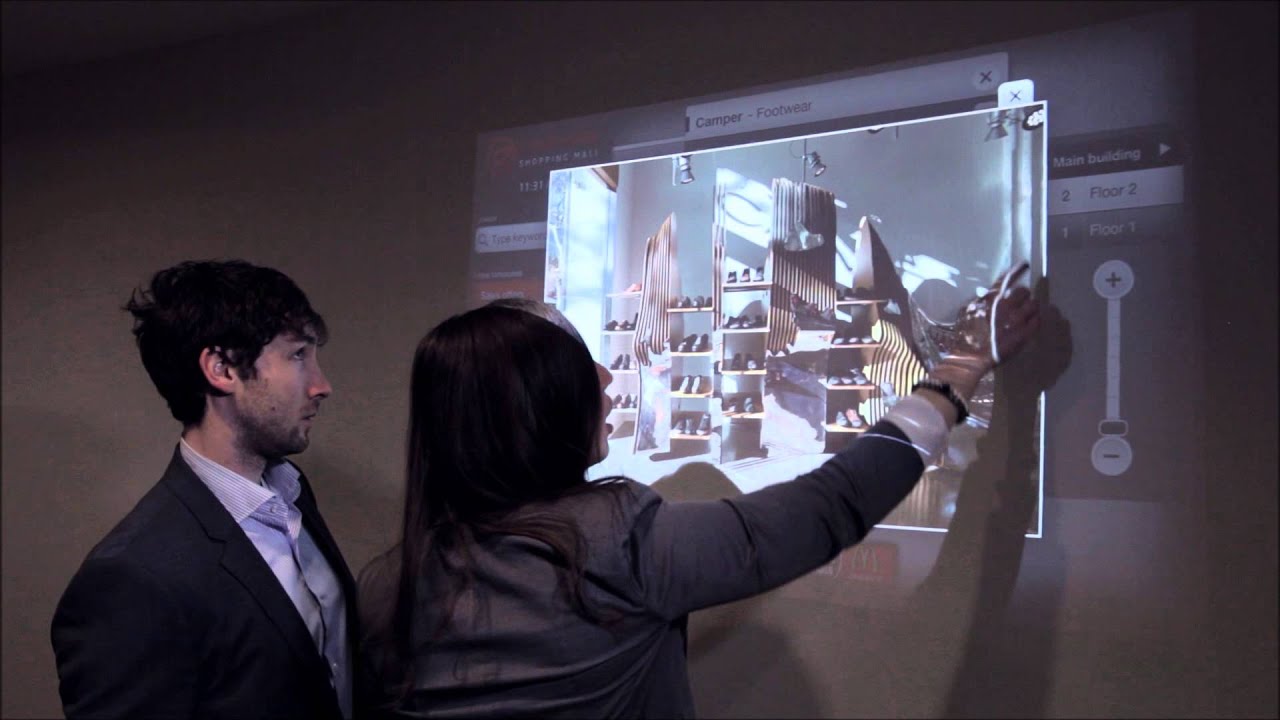 After interacting with the software, Wirtz was convinced that this technology could help The Walsh Group. “Ubi is futuristic-like technology,” he noted—but a technology that he and his colleagues are able to use today. Wirtz immediately saw the potential: Walsh’s building information models could now be interactive displays. Instead of merely presenting drawings to clients, Walsh can now set up an interactive 3-D blueprint on the wall. Clients can walk up to the blueprint and discover what the building will look like by touching and interacting with the display. In use at Walsh headquarters since June 2012, Ubi Interactive brings client engagement to an entirely new level.

Similarly, Evan Collins, a recent graduate of California Polytechnic State University, used the Ubi software as part of an architecture show he organized. The exhibition showcased 20 interactive displays that allowed the fifth-year architecture students to present their thesis projects in a way that was captivating to audience members. Collins said the interactive displays, “…allowed audience members to choose what content they interacted with instead of listening to a static slideshow presentation.”

Wirtz’s and Collins’ cases are just two ways that people are currently using Ubi. Because the solution is so affordable, people from a wide range of industries have found useful applications for the Ubi software. Wirtz said, “I didn’t want to spend $10,000. I already had a projector and a computer. All I needed to purchase was the software and a $250 Kinect for Windows sensor. With this small investment, I can now turn any surface into a touch screen. It’s a powerful piece of technology.”

In addition to small- and mid-sized companies, several Fortune 500 enterprises like Microsoft and Intel are also using the software in their conference rooms. And the use of the technology goes beyond conference rooms:

The Ubi software is now available for ordering at ubi-interactive.com.