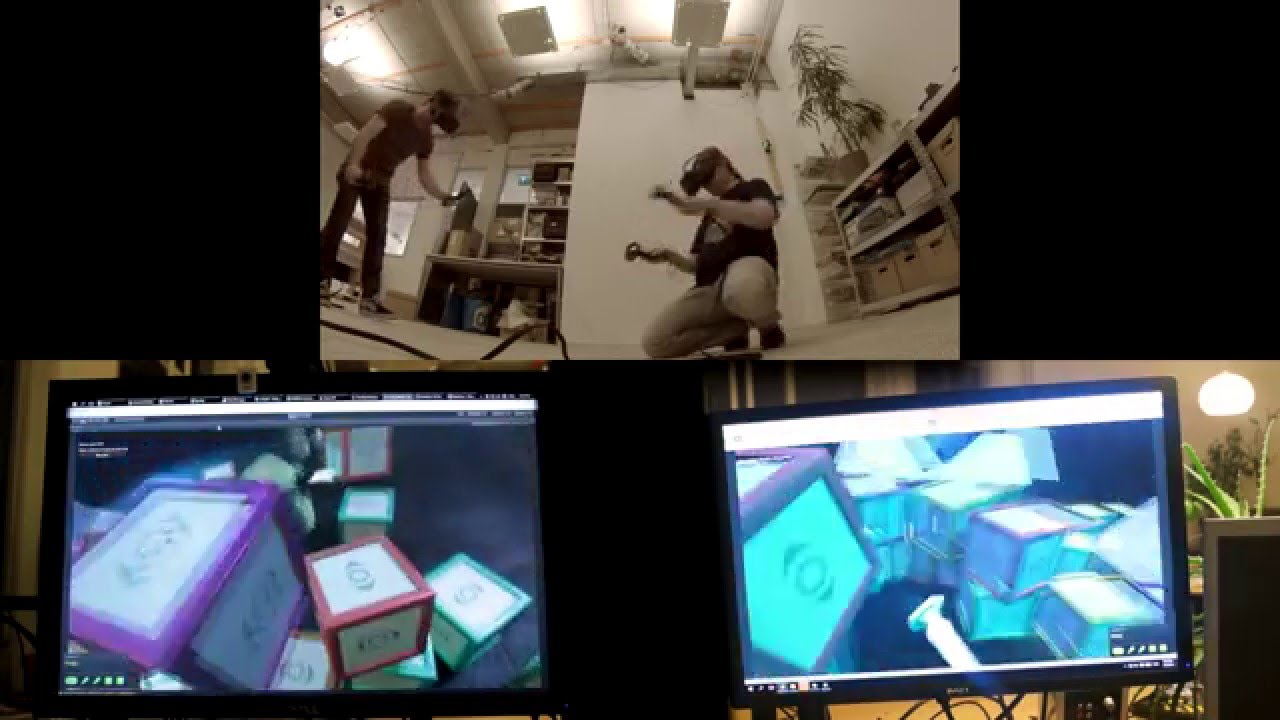 In the current HTC Vive multiplayer games, you will be shown with representations of the other players, not yourself. A Kinect experiment now allows you to see not only what other players are doing in the VR space, but also to see a virtual representation of yourself. Dutch developers Jasper Brekelmans and Jeroen de Mooij used Microsoft Kinect sensor to track the bodies of two users in 3D space. By taking the Kinect data and aligning it with the Vive’s positional tracking, this system lets users see a video representation of themselves and other players in a VR environment.

The setup that Brekelmans and de Mooij used in the video shown above consisted of two HTC Vive headsets and controllers, two workstation PCs, a Kinect for Xbox One sensor, and a laptop PC, all running on a local area network. But the developers point out that the same process could be used via the Internet, provided that both users use the exact same setup of HTC Vive components and Kinect sensors. And, as Brekelmans happily notes, “we managed to keep the data bandwidth to about 4 to 5 megabits per second, which took quite a bit of sweat.”