Tesla is getting ready for Tesla Model Y delivery of the crossover SUV in the next 2 weeks, which means thousands of cars need to be shipped out all over the country. We reported yesterday on a build-up of inventory at Tesla’... 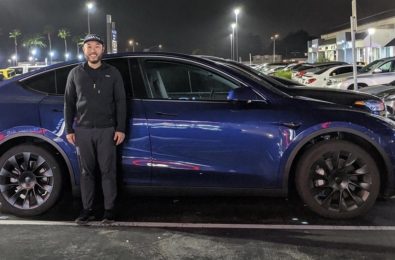 Tesla recently started sending our confirmation of delivery to some of those who pre-ordered the Tesla Model Y, Tesla’s new crossover SUV, telling them to finalize their orders and confirm that they are ready to receive deli...

Tesla has started sending our confirmation of delivery to some of those who pre-ordered the Tesla Model Y, Tesla’s new crossover SUV. OMG! It’s ready!!!’ pic.twitter.com/hlQayorJMc — But does it really ma... 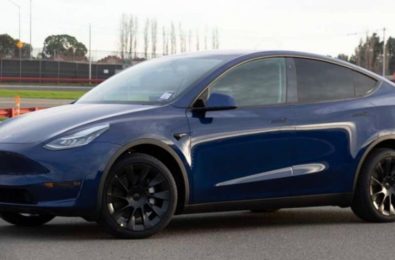 Tesla’s Model Y is the company’s first compact electric crossover utility vehicle.  With its official launch date fast approaching, Tesla recently announced that it has improved the energy efficiency of the SUV.&#... 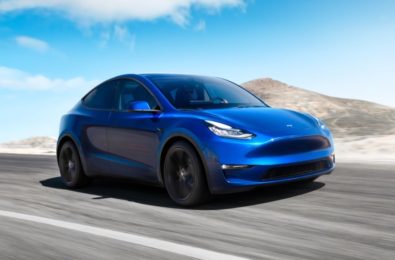 Tesla Model Y with white seats spotted in the wild

Tesla Model Y is a compact crossover utility vehicle which was launched by the company in March of last year. While the car was launched last year, Tesla might still be trying to change some things before making it available to th...

There are increasing signs that Tesla will be bringing their Model Y cross-over to the market even earlier than expected, meaning deliveries could start even before the summer. The car has however not been fully revealed yet, with...

Tesla is doing extremely well in the European market, but to take it to the next level on the Continent it needs the hottest format there, an SUV Crossover. Tesla, of course, has exactly that on the way, the Tesla Model Y, and it ...

The Tesla Model Y is expected to share around 70% of its components with the Tesla Model 3, but the whole point of a cross-over is that the car will be somewhat larger and more imposing than a regular sedan. Now a video recorded b... 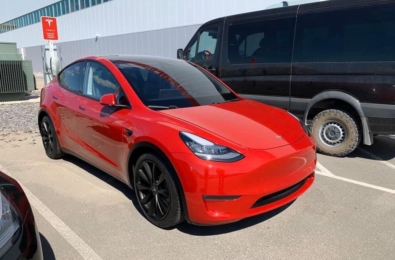 While the Tesla Model 3 is selling record numbers, the Tesla Model Y Cross-over small SUV is much closer to what the market demands these days. The vehicle was currently being tested in the wild and was set to mass production in F...

Tesla is currently testing their Model Y cross-over in the wild, leading to numerous sightings of the vehicle by Tesla enthusiasts. The Tesla Model Y will feature an optional 7 seats and a 300-mile range and should hit production ... 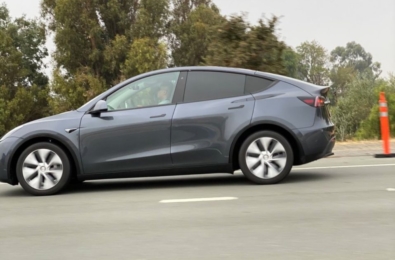 Telsa has hit the mass market with the Tesla Model 3, but the sedan car is not the most desired car segment these days. In Europe that is the Compact SUV or Crossover segment, and Tesla is getting ready to deliver a vehicle just f...

Elon Musk believes the way to usher in a new age of EVs is by going back to square one and tackling the fundamental issues with production. Tesla just designed and patented revolutionary new wiring architecture, which will enable ...