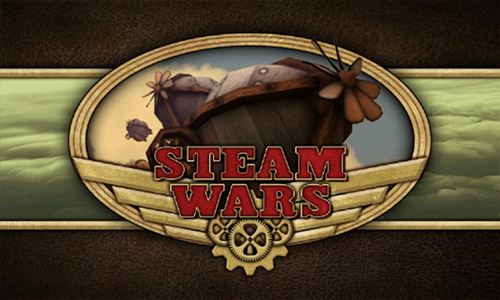 The question whether we are alone in the universe has finally been answered! One day from the dark depths of the universe, an unknown extra-terrestrial civilization appeared on the Earth’s orbit. The fact that it was not a friendly visit was obvious shortly after all our attempts to communicate failed. It did not take long and aliens attacked. The initial enthusiasm and euphoria from their arrival were fast replaced with fear and panic. Capital cities were destroyed one after another and the chance (if there has ever been any) that our civilization would survive was getting lower.

Yet, several brave men found the courage to stand up to the enemy many times more numerous and started fighting. You are one of those heroes. On your small fighter plane, you have the opportunity to contribute to the fight against the ruthless alien invasion.

Steam Wars is a game that leads you to the world full of fantastic flying machines and thrilling situations, which will make you return into the fight for the planet’s survival again and again.