Platinum Games’ vertical shooter, Sol Cresta, has been delayed out of December until sometime in early 2022.

As you can imagine from the name of the stream, during the livestream Kamiya apologised for the game’s delay, saying “we really do apologize for delaying the game. There was some scheduling issues, some qualities issues, that we want to focus on and make sure that everything is right.”

“It hurts us as well, we don’t want to delay it. But we need to make sure that these elements are high quality because we want to focus on making sure that Sol Cresta is the game that we want it to be. Again, very sorry, but we are asking for a bit more of your time and patience.” 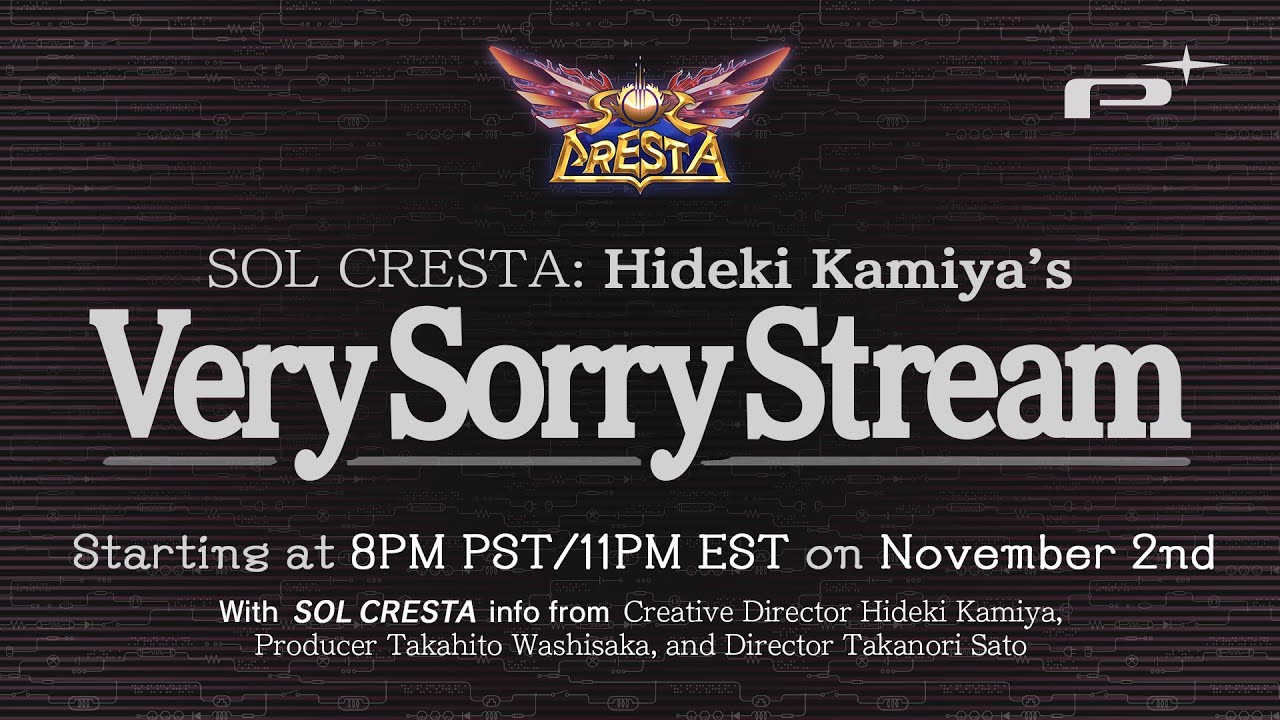 If you’ve not heard of it until now, Sol Cresta is a modern sequel to the classic vertical shooters Moon Cresta and Terra Cresta. After originally being announced as an April fools joke in 2020, Platinum Games later put the title into production as part of their Platinum 4 series of games.

It’s currently unclear just when in early 2022 Sol Cresta will launch. Personally, while it is quite a wait, we’re hoping that it could launch next years April fools day to have the whole joke come full circle.

When the game does eventually launch, it will be available on PlayStation 4, Nintendo Switch, and PC.