The top rated free Windows Phone game Sky Blaze has recently been updated to version 1.4. Multitouch has been added  for gamers who like to use dual thumbs instead of an index finger to swipe rockets on screen.

A new way to pay for IAP has also been added, a service named “Fortumo”. Fortumo makes it possible to pay for in-app purchases simply by sending a text message from your phone. That way you do not need to have a credit card connected to your phone to make the most of Sky Blaze.
On top of that a new playable landmark was also added to the game. This time, The Giant Pyramid in Giza, Egypt was chosen due to requests from Dawnbreaks community.
Want to have a saying in which landmark is added in the next update? Head over to Dawnbreak Studios Facebook page and make your voice heard! Your suggestion might just be the next big thing!

Dawnbreak Studios presents a fast paced arcade game like you have never seen before on a mobile screen! Swipe rockets to create stunning firework explosions across the sky and compete for the best high score, either locally on your phone or online.

COLORS MATTER
Swipe green rockets while avoiding the red ones. Blue rockets builds combos to maximize your high score and yellow ones starts small minigames. Now you are ready to play!

FEEL THE FLOW
Sky Blaze features a beautiful visual style never seen before and a unique modern soundtrack. Put on your headphones and get ready to dance!

CHALLENGE YOUR FRIENDS
Compete with your friends in the online scoreboard or locally on your phone. Can you beat their record?

PAYMENTS SHOULD BE FAIR
Sky Blaze features two game modes out of the box. More game modes and lots of goodies can be unlocked through a one time in-app purchase but is NOT mandatory. We believe payments should be fair and therefore we allow you to pay what YOU want instead of a fixed price. 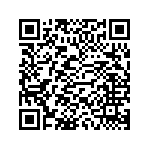 *Added multitouch
*Added new payment option Fortumo mobile payments
*Added famous landmark The Great Pyramid in Egypt as an unlockable
(You can suggest which famous landmark to add in next update at facebook.com/dawnbreakstudios)

Sky Blaze is FREE to play and can be downloaded HERE.