Despite a slew of new devices at Microsoft’s October Event in NY, it seems Microsoft is not done just yet. Hot off of the release of the fresh new Microsoft Band 2, the tech giant is rumored to be working on another kind of wearable, one that is solely Cortana-based. But unlike the dedicated wrist structure design of the Band 2, this new wearable, going by the name “Clip”, may be designed for ear wear, maybe even directly competing with the likes of the Moto Hint.

According to Wareable, the device might also work with Google Now and Siri on Android and Apple devices respectably, shedding its need for only Windows based devices. It isn’t known if the device will be a bud like the aforementioned Moto Hint, or if like it’s name suggests, will be a clip on accessory. The device is still in the early stages and isn’t likely to be released until sometime in 2016, though prototypes may be finished as soon as December this year. Apparently Microsoft wants to do some more research into how people use these devices before finalizing the wearable.

Keep in mind this is only a rumor right now, but what do our readers think? Do you feel like we need a new Cortana based wearable when the Band 2 already has Cortana integration. Will this cut into sales of the Band? Pretty compliment them? Let us know in the comment section below. 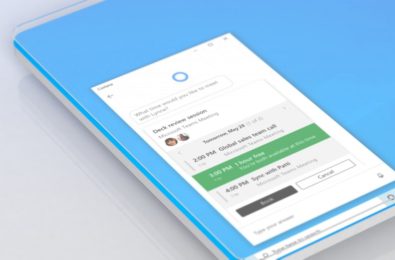 Microsoft will reportedly bring Windows 10X’s containers to Windows 10 in ...