Looking back, I’m surprised at how vital the Trials series was to my childhood. From HD to Evolution to Fusion, the sheer number of hours I’ve poured into biking through its intense high-speed physics puzzles may be countless. Trials Rising is a return to form, a true successor to the themes and thrills of Evolution, and it’s bloody amazing.

Unlike the disappointing narrative-focused Trials of the Blood Dragon, Rising feels like a complete, full-fledged Trials experience. Playing as an unnamed stunt biker aiming to be one of the all-time greats, you’ll rise through the ranks by zooming your way through perilous stages of physics puzzles attempting to reach the finish line.

Much like its predecessors, the feel of Trials Rising is one of its biggest strengths. As you move the left stick between the left and right, your rider will shift his weight accordingly along the bike’s chassis. Combing this with perfectly responsive throttling and braking, and you’re given an incredible amount of control. It’s the same as it has always been—incredible.

However, Trials only ever feels truly great when its intricate high-octane puzzles are designed well. Rising’s tracks start off strong; only a few tracks into the game you’re asked to quickly adapt your throttle controls and leaning into perfect loops. These stages feel polished and fluid, a perfectly designed conundrum that makes you feel like an absolute badass.

That’s not to say any of the tracks here are particularly easy. In fact, any Trials player worth his salt can relate to trial (eh) and error nature of the series. Each track is only a few minutes long as most. While you may be able to finish the track with only a few checkpoint respawns, you’re going to want to restart the entire track to make sure you get the best time. 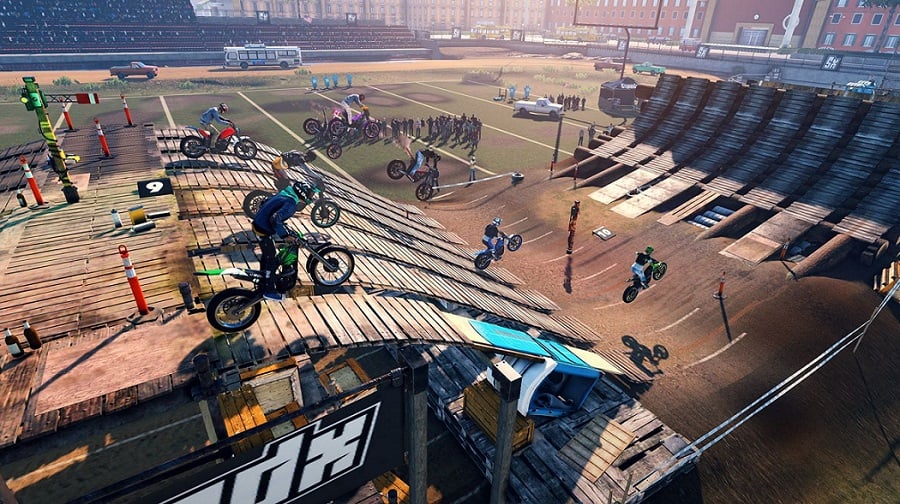 It’s here that you feel the hook and sinker, the true appeal, of the series’ formula. With most of the tracks offering multiple routes, you’re always looking for ways to shred a couple of seconds off your time. Whether that means letting go of the throttle a half-second before hitting air or slowing down before a jump to take a slightly faster route, there’s always a way to shave off time.

Rising does attempt to add more content outside of its tracks, but this is done through the introduction of basic, repetitive loot boxes. Earned on level ups, these loot boxes include stickers, outfit pieces, and bike parts. However, there’s a lot of repetition here, and there’s very little meaning behind any of the content included here. It’s simply another checkbox to tick.

Thankfully, Trials’ iconic track editor is here and fully present. This is the real heart of Trials—while it is easy to create your own, experiencing a thrilling track designed by someone else is still one of my favorite parts of the franchise. As more people get to grips with the editor, you can expect anything from high-skill tracks to horror games. With the power to create, Trials players can create anything. 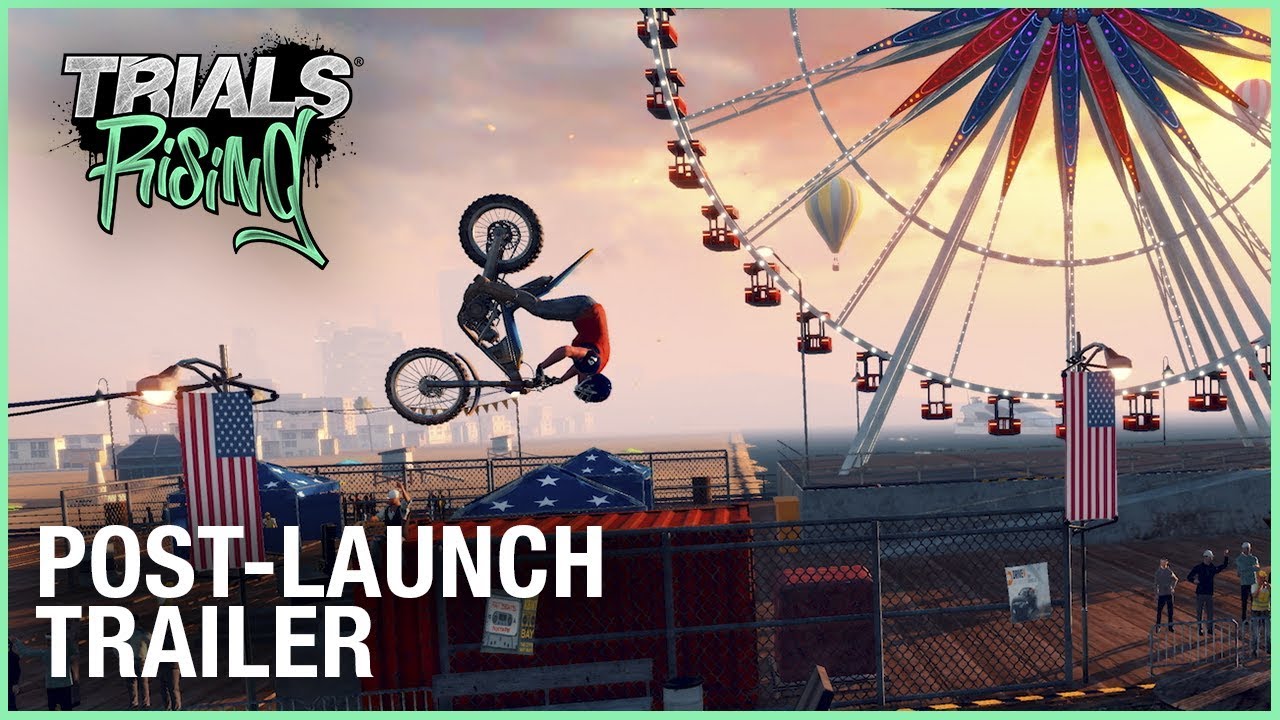 Trials Rising still feels like an extension of Trials Evolution. It may not feel like the true big-budget sequel that many still crave for, but then Trials is an iterative series. Instead, Rising is more of the same just slightly more polished than what we’ve experienced before. It’s not going to break minds, it’s just a great motorsport puzzler.