Star Wars Battlefront II is a problematic game to say the least. Its campaign is short and predictable despite powerful performances and its multiplayer modes are a mess. The biggest issue with the title has to be the unfair progression system which doesn’t reward players at all. Despite the fact that you can no longer purchase microtransactions, unlocking heroes seems impossible and players can barely earn credits. Star Wars Battlefront II is a game designed to abuse microtransactions and nothing more. It needs a major overhaul for gamers to even consider it.

Despite the strange loot crate system, Star Wars Battlefront II looks amazing on Xbox One. However, the presentation is still a little blurry. However, if you upgrade to the Xbox One X, it’s by far the best looking game ever made. Digital Foundry says that the game runs at native 4K a lot of the time and it shows. The picture is unbelievably clear and the textures are incredibly detailed. You won’t see a low-resolution wall or tree anywhere.

Unlike the original Star Wars Battlefront which released a few years ago, this game contains a single-player campaign. The short story features great voice acting and motion capture but it progresses at a breakneck pace. This means that a lot of the plot points feel disjointed and abrupt. It seems as though Motive Studios wanted to finish the story as quickly as possible and left out a lot of the exposition. It also doesn’t help that the campaign follows the most predictable and cliché route imaginable.

Unlike Call of Duty: WWII, the shooting mechanics in Star Wars Battlefront II aren’t that precise. They don’t feel as tight and are a little floaty. This is surprising given the fact that the game runs at 60 FPS on consoles. That’s been an issue with the Frostbite Engine because Battlefield games also suffer from the same problem. Maybe DICE wants to make their weapons feel more “weighty” but it detracts from the experience. Shooting feels cumbersome. Just because stormtroopers can’t shoot properly doesn’t mean players have to suffer. It’s unclear if this is a technical issue or a design decision but the developers should look into it.

Star Wars Battlefront II features a lot of map variety which adds to its replayability. The places are recreated beautifully and the photorealistic look will make it seem like you’re in the films. The weapons feel distinct too but they’re hard to use. It seem as though Star Wars Battlefront II is just about experiencing different locations and doing what you can to the best of your ability. There needs to be more precision to make it on the same level as Call of Duty or Halo. 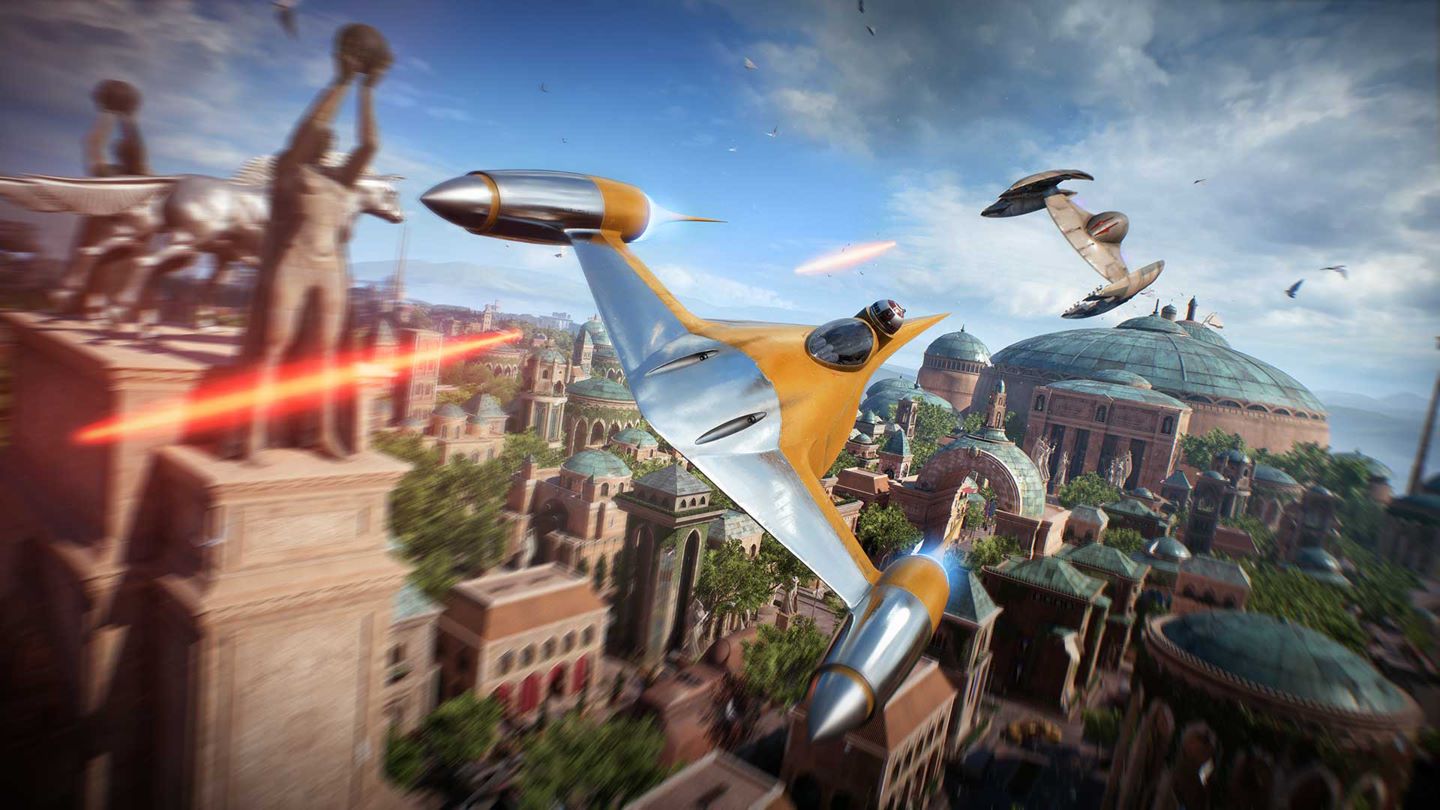 Despite grinding for days, we were unable to unlock many heroes because it’s just so hard. You were forced to use microtransactions until EA pulled them. In its current state there’s basically an endless grind will little rewards. There’s no incentive to play Star Wars Battlefront II because it feels like a futile effort. EA recently lowered the unlock requirements for heroes but also lowered the credits earned for each match. You’ll have to spend thousands of hours — much more than a game like The Elder Scrolls V: Skyrim — to unlock everything right now. This is unfair and the company needs to fix this immediately.

Right now, despite how good the game looks and how much content it has, it feels like a pay-to-win title even though it doesn’t have microtransactions. The grind is just too brutal and is even worse than the original Destiny. In its current state we can’t recommend it. You’ll be better off waiting until EA fixes the progression system and it’s unclear how long that will take. Hopefully it won’t be too long because there are many other appealing games around the corner.