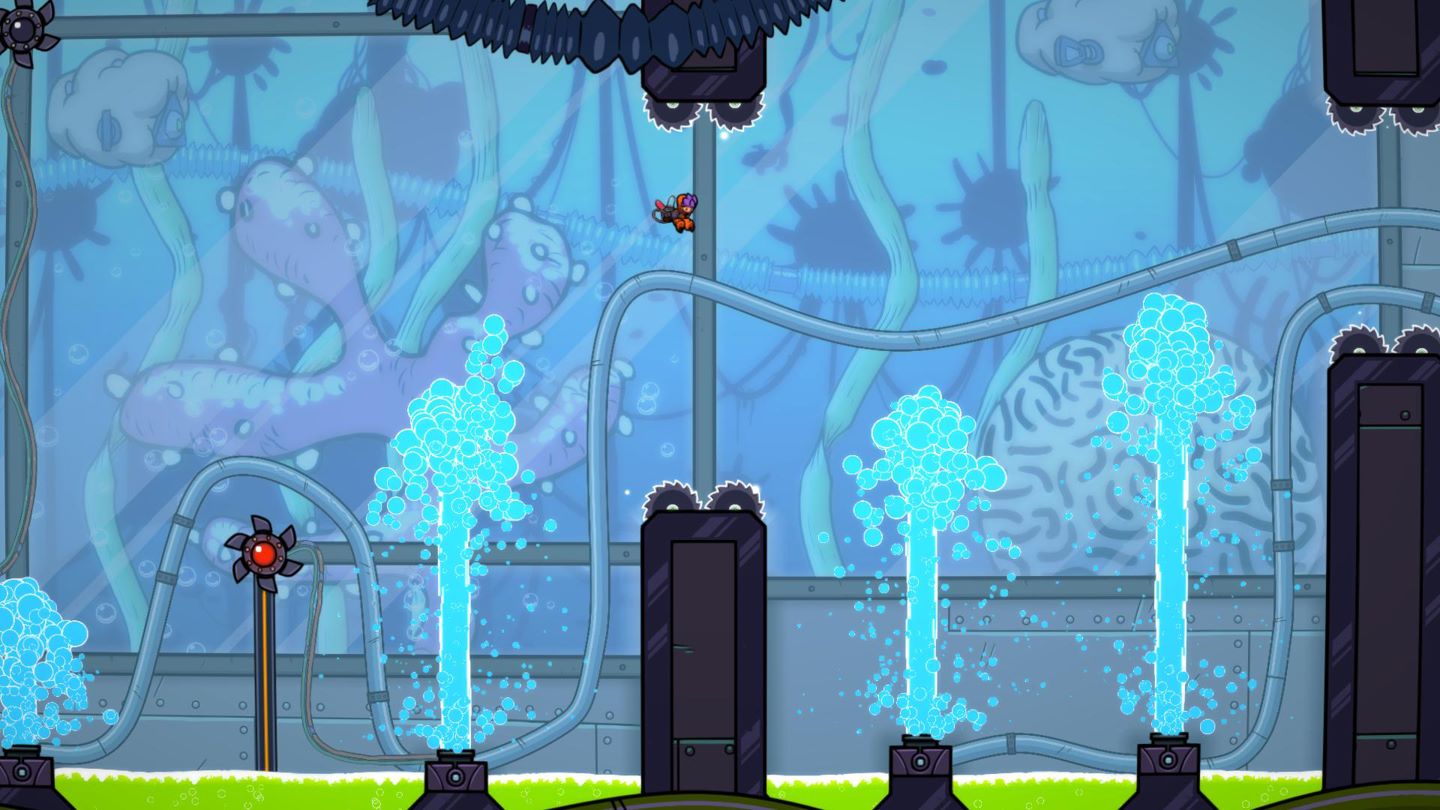 The amount of smaller titles hitting Xbox One every week makes it difficult to cover them all, but I’ve rounded up my thoughts on a few games this week for our readers. They may not be blockbuster experiences, but they are short and unique titles that some players may not have heard of before. This time I’ve reviewed Splasher, Pankapu, and Tricky Towers. 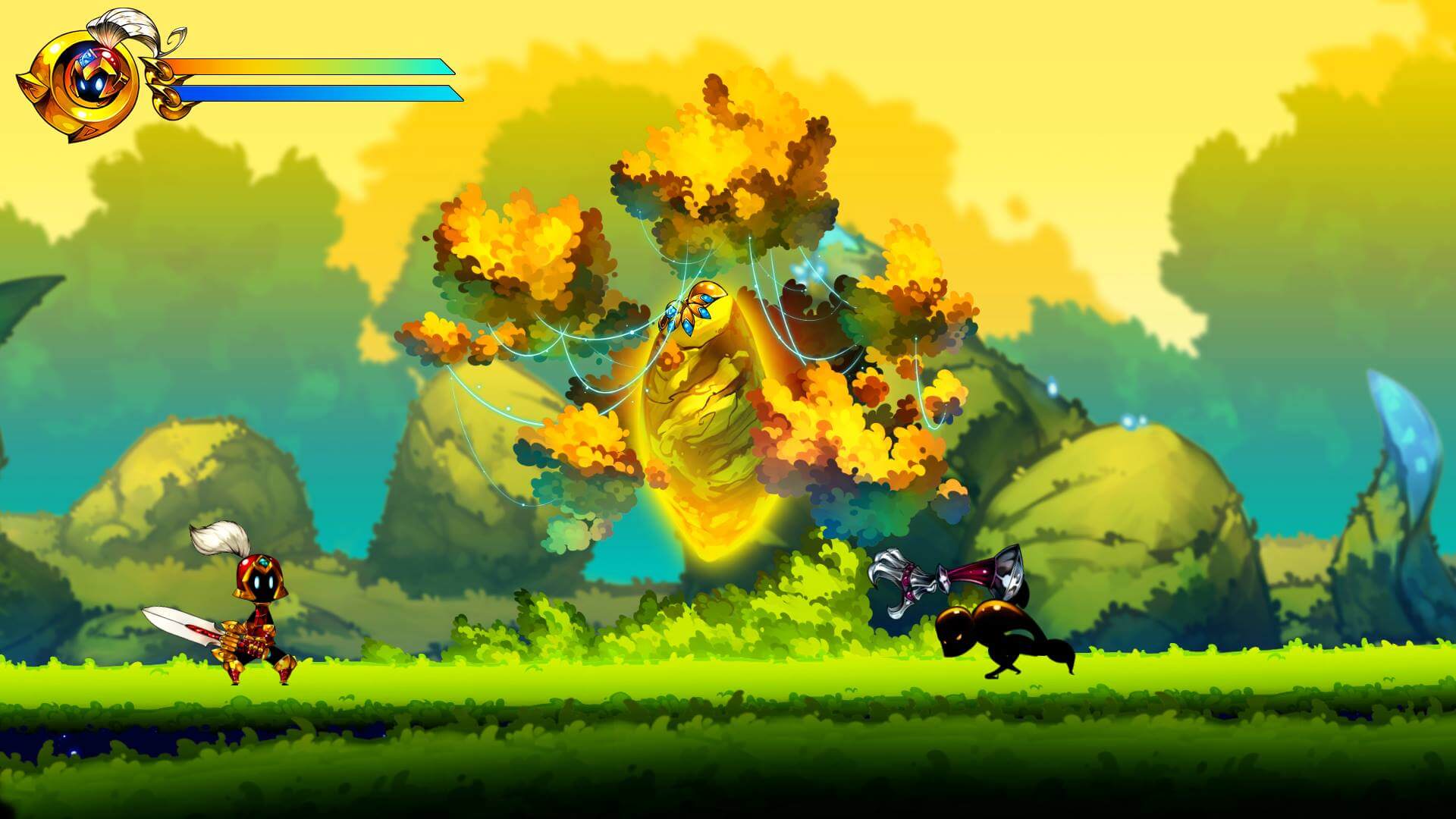 Pankapu is a narrative platformer that tells the story of a guardian who must defend a land known as Omnia from the Hya’Nagi invasion. Immediately I noticed its vibrant graphics that are charming and create an aesthetic of a cartoon fairy tale, which makes sense given that the narrative is presented to the player in the form of a bed time story. The combat is simple to learn with your basic moves like a block or downward strike (new abilities like a sword throw can be learned later) and the beginning levels are not too difficult to get through, though they get progressively more challenging. It’s not a groundbreaking platformer by any means, but it’s still a step above many in its genre.

Side-scrolling platformers can be a dime a dozen, but Splasher sets itself apart with tight controls, fun gameplay mechanics, and appealing cartoon-like graphics. Armed with a splatter cannon, it’s up to players to save the workers at Inkorp from their evil boss. Depending on the color of paint, you can stick to walls or bounce off of platforms as you run through each level. This mechanic combined with wonderful level design that offers a variety of challenges makes Splasher a ton of fun to play. There were times I didn’t even want to put the controller down. 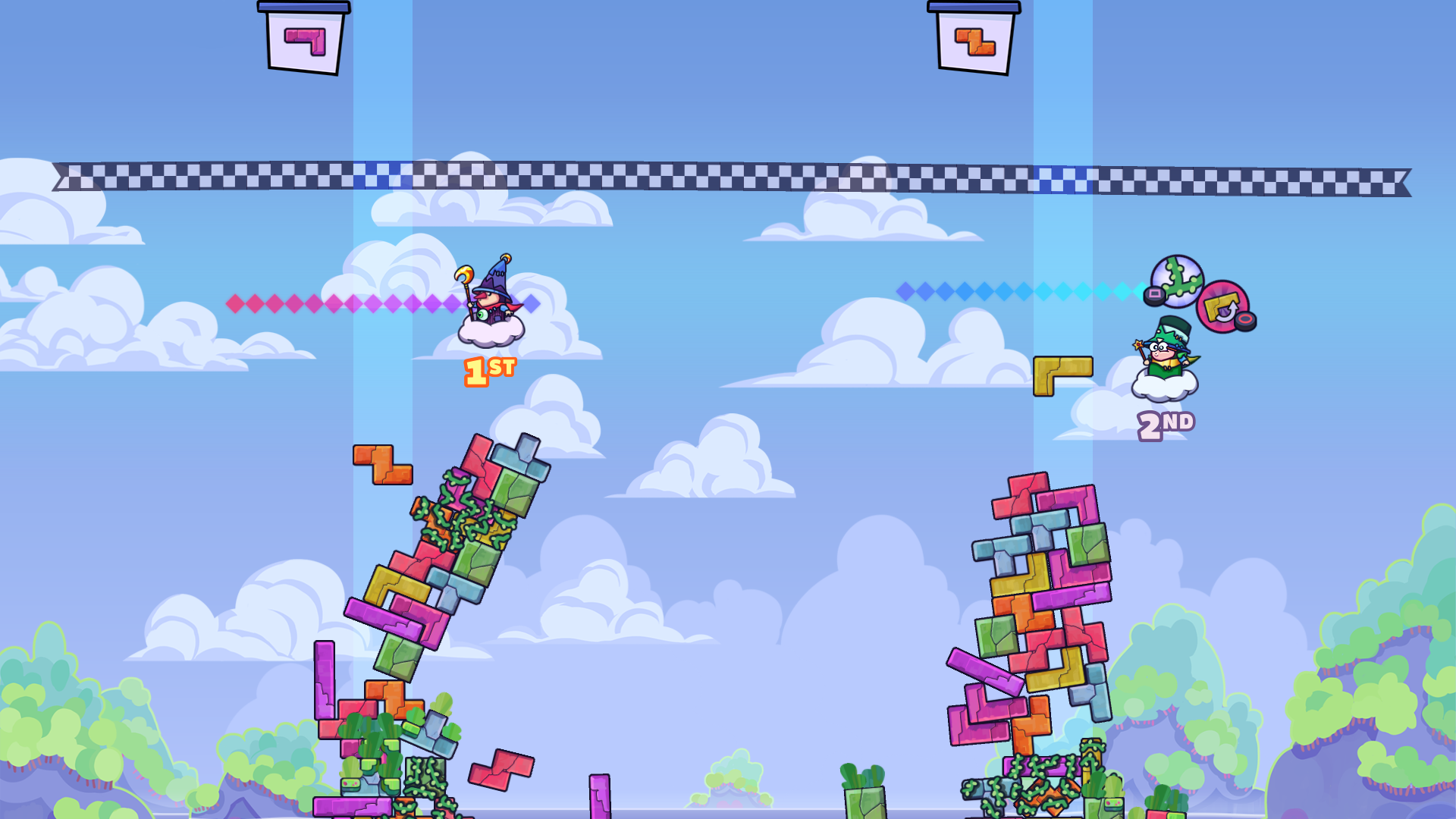 If a person asked me to describe Tricky Towers, I would probably reply with, “it’s Tetris meets Jenga.” Players attempt to pass a variety of challenges by building towers out of Tetris blocks, making sure the tower doesn’t collapse. Some of the levels require players to race against the clock while others are merely tutorial levels masked as challenges that teach building techniques that can be applied later on. Though it blends aspects of classic games, there is nothing truly special about Tricky Towers itself. It serves as a decent game if you’ve got nothing else to play, and the mechanics are solid, but it’s not all that appealing to anyone who isn’t a kid. If you’re new to video games, it could be a great tool to help familiarize yourself with a controller while playing a game that isn’t too punishing.

All of the games this week were good in their own right, but Splasher definitely edged out as the best. Both it and Pankapu are strong platformers. Tricky Towers isn’t exactly incredible, but I can see it being a good game for younger children. If any of these titles pique your interest, try giving them a shot.