Destiny 2 is an improvement over its predecessor in every way. We’ve been playing Destiny 2 for a while now and after experiencing it you’ll immediately notice many improvements when it comes to the visuals. Even though the game has a similar aesthetic to Bungie’s original, the textures are sharper, the lighting is better and there are reflections everywhere! We went back and compared Destiny 2 side-by-side with its prequel and the visual upgrade was clearly evident. While it’s by no means the leap let’s say Halo 2 exhibited over Halo: Combat Evolved, it’s still a welcome addition.

While Destiny 2 seems smaller than the original game, it still has a lot of side activities which make it worthwhile. The action is definitely turned up because there are an unprecedented amount of explosions and effects going on. There are also more enemies on screen at any given time. Apart from that, the way even simple environmental effects like rain on your visor add to the immersion. You truly feel like you’re caught in a desperate fight for survival. Destiny 2 managed to bring more thrills to the game, an area where Destiny was severely lacking. Throughout the opening mission, my heart was pounding because of the utter chaos I witnessed. If Bungie can continue this trend with the entire title, it’ll be a truly fantastic and magical experience. Even Strikes are more exhilarating! 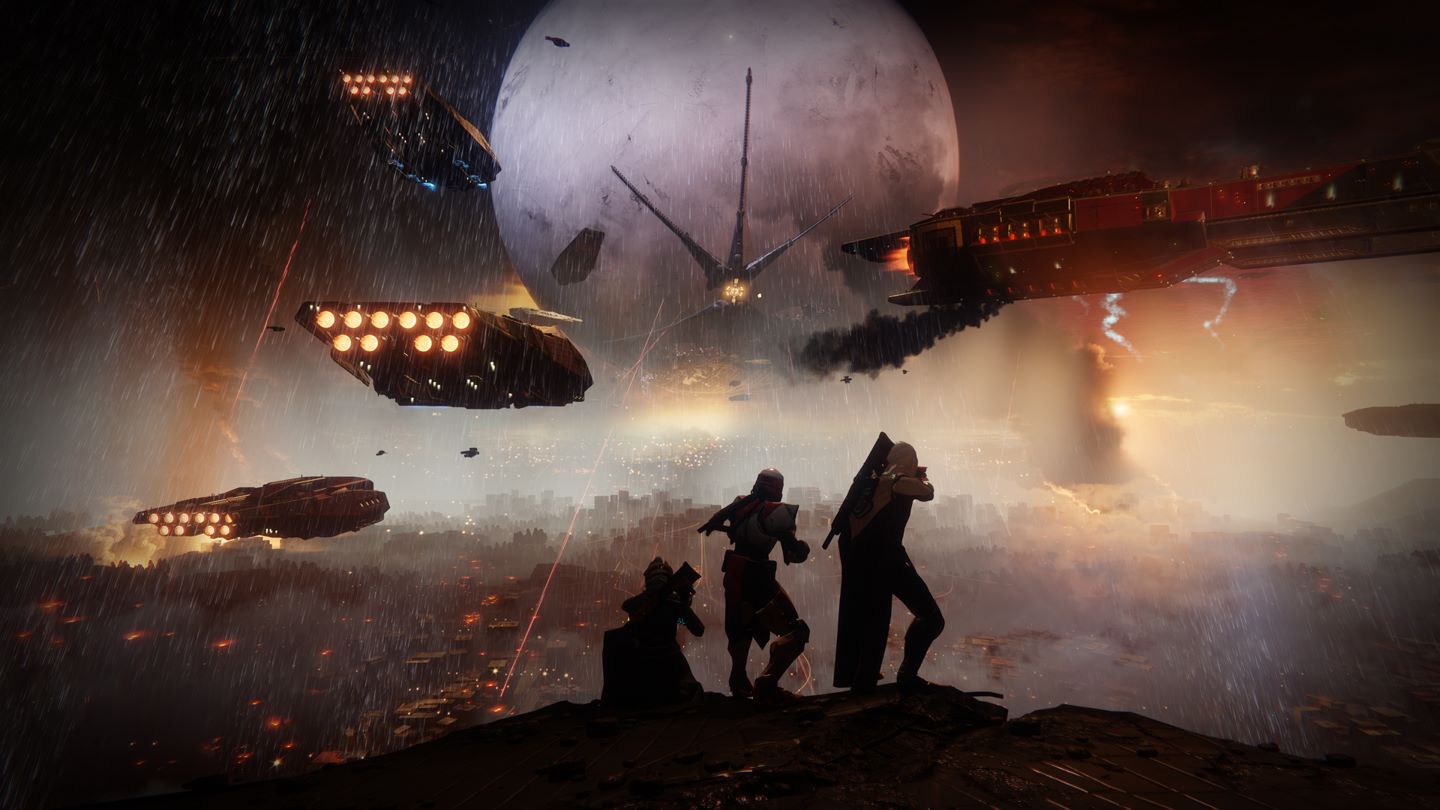 The Inverted Spire Strike is amazing and—while it might not be the longest mission—it’s definitely a difficult one. Unlike other Strikes in the first game, The Inverted Spire doesn’t have many places you can find cover if you reach the final stage. You’ll have to rely on constantly moving around and dodging incoming fire to succeed. It took us a while to understand that so we had to repeat the last stage a number of times. Some of the environmental additions are also spectacular. For example, the rotating Cabal drill is a sight to behold. It adds another layer of danger to the maps which enhance excitement. Bungie have really outdone themselves in level design this time around. The worlds are more open and feel more alive. Even the story is better because it’s simpler and doesn’t take itself too seriously. Failsafe is a welcome addition to the game.

However, not everything is as fantastic as the campaign and Strikes though. As you all know, the Crucible is Destiny 2’s multiplayer offering. It’s a competitive arena which is even more fast-paced this time around. Unfortunately on consoles, the title runs at 30 FPS. While the visuals are crisp and gorgeous, the frame rate is holding the mode back. In a multiplayer setting where you’re playing against other gamers, you need 60 FPS for precise shooting. Unfortunately, the input lag was a challenge for me to overcome because I’ve been playing games like Battlefield 1, Call of Duty: Infinite Warfare, Halo 5: Guardians and Overwatch over the past year. Those games maintain 60 FPS throughout matches. The adjustment is difficult especially when 60 FPS shooters are your go-to titles. While this isn’t much of an issue during the campaign, a 30 FPS competitive title is a jarring experience. I can understand why the developers want to go with 30 FPS for the campaign and Strikes due to the computer-controlled enemies and action, but the multiplayer arenas are small. Games like Gears of War 4 also have a 30 FPS campaign and 60 FPS multiplayer. Bungie should’ve increased the frame rate. 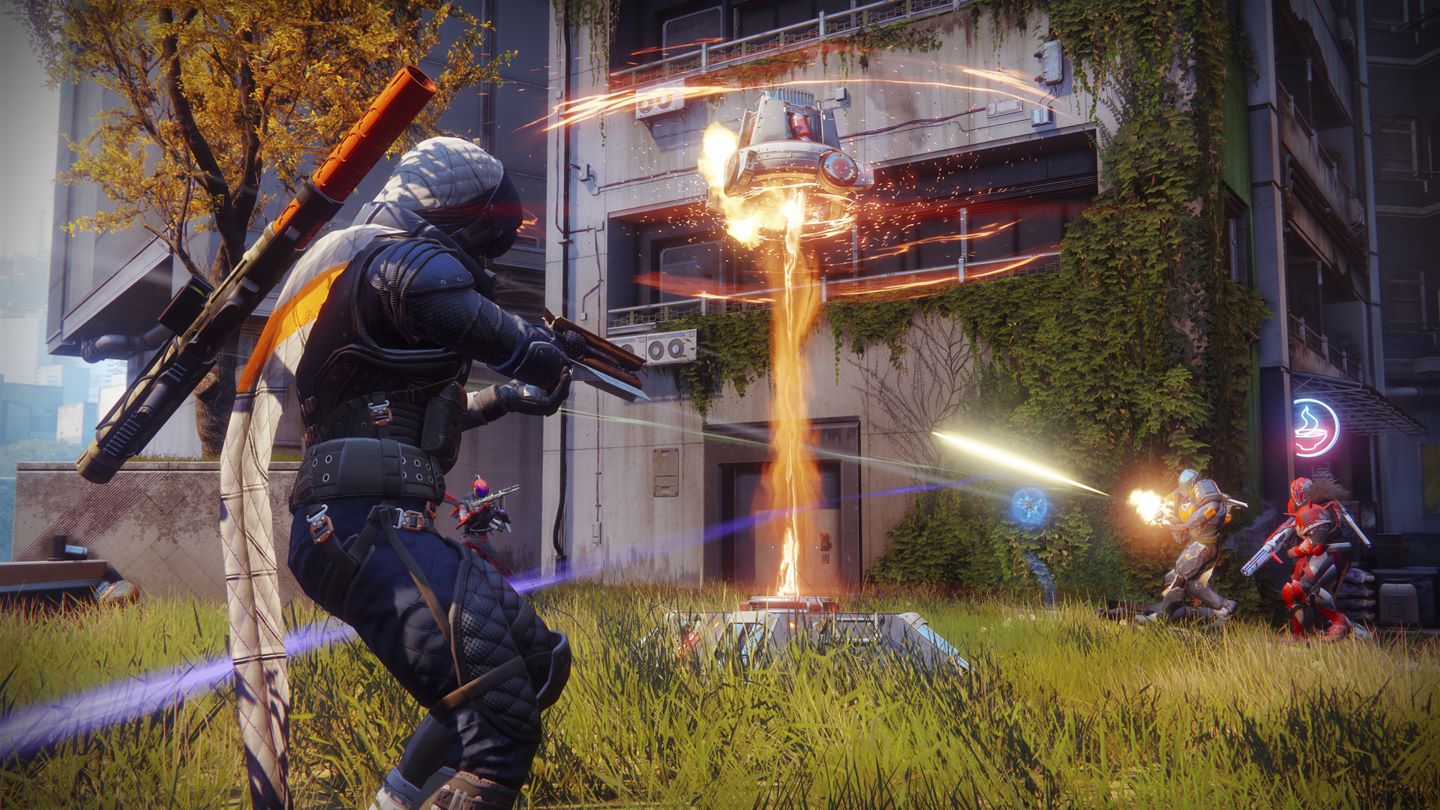 Aiming in Destiny 2 isn’t precise as precise as a 60 FPS game and it’s a challenge to accurately target the head of your opponent. This isn’t the campaign. Your foes don’t stand around and shoot. The computer-controlled enemies are slow moving but that’s not the case in the Crucible. While I had the same issue with the first Destiny game, I don’t remember it being this much of a chore. I’ll say this again, but instead of focusing on resolution, the developers should’ve made Destiny 2’s multiplayer component 60 FPS. This will definitely affect the longevity of the game as a competitive multiplayer experience. The PC version of Destiny 2 runs at an uncapped frame rate so if you want to play Destiny 2 competitively, just buy a powerful Windows 10 gaming machine. Even gaming laptops like the Razer Blade can run it at 60 FPS.

Overall, Destiny 2 is a great game and a marked improved over the first title. While the multiplayer offering is a disappointment due to its technical limitations, it’s still a great overall package. There are other ways to fix input lag and hopefully the studio will find ways to do that just like they did with the first game. However, the real star of the show here has to be the campaign and the Strikes. This is where Destiny 2 truly shines. As it stands now, Destiny 2 is a must-buy even if you forgo the Crucible.