New games release on Xbox One every week and it can be difficult keeping track of them all, especially during the fall when so many blockbuster AAA titles are taking up people’s attention with their heavy-hitting marketing campaigns. Some of the games reviewed this week you may not have even heard of. This time, we are taking a look at Deadbeat Heroes, Ken Follett’s The Pillars of Earth, and theHunter: Call of the Wild. 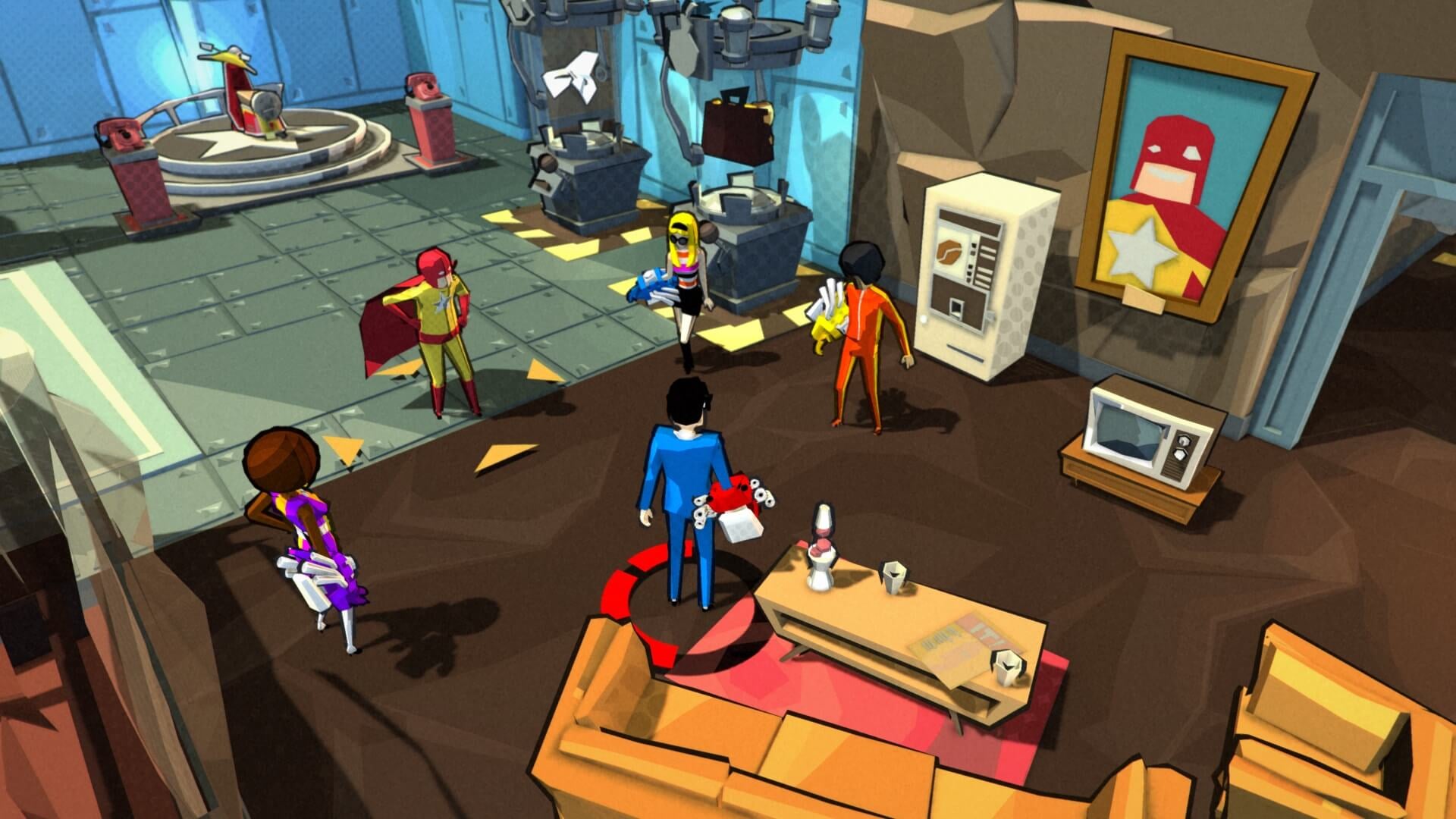 Do you like cheesy action dialogue and superhero parodies? You’re in luck with Deadbeat Heroes. This 3D brawler takes an ordinary citizen and thrusts him into a life of crime fighting with a special gauntlet imbued with stolen superpowers. The combat itself is responsive as you can dash across rooms and punch villains with ease, and you can run up walls for a surprise attack. The camera is from an isometric perspective as you go from room to room defeating the enemies in your way. Because of this, I found that walls would sometimes get in the way of my vision, but this did not happen often. It’s polygonal, simplistic graphics with vibrant colors make Deadbeat Heroes a joy to look at, even if the art style doesn’t blow me away. You won’t find any truly innovate ideas here, but Deadbeat heroes has a ton of personality packed into a package with fun gameplay. And that’s honestly what it’s all about. A game with fast action where you don’t tire of beating up goons.

Ken Follett’s The Pillars of Earth 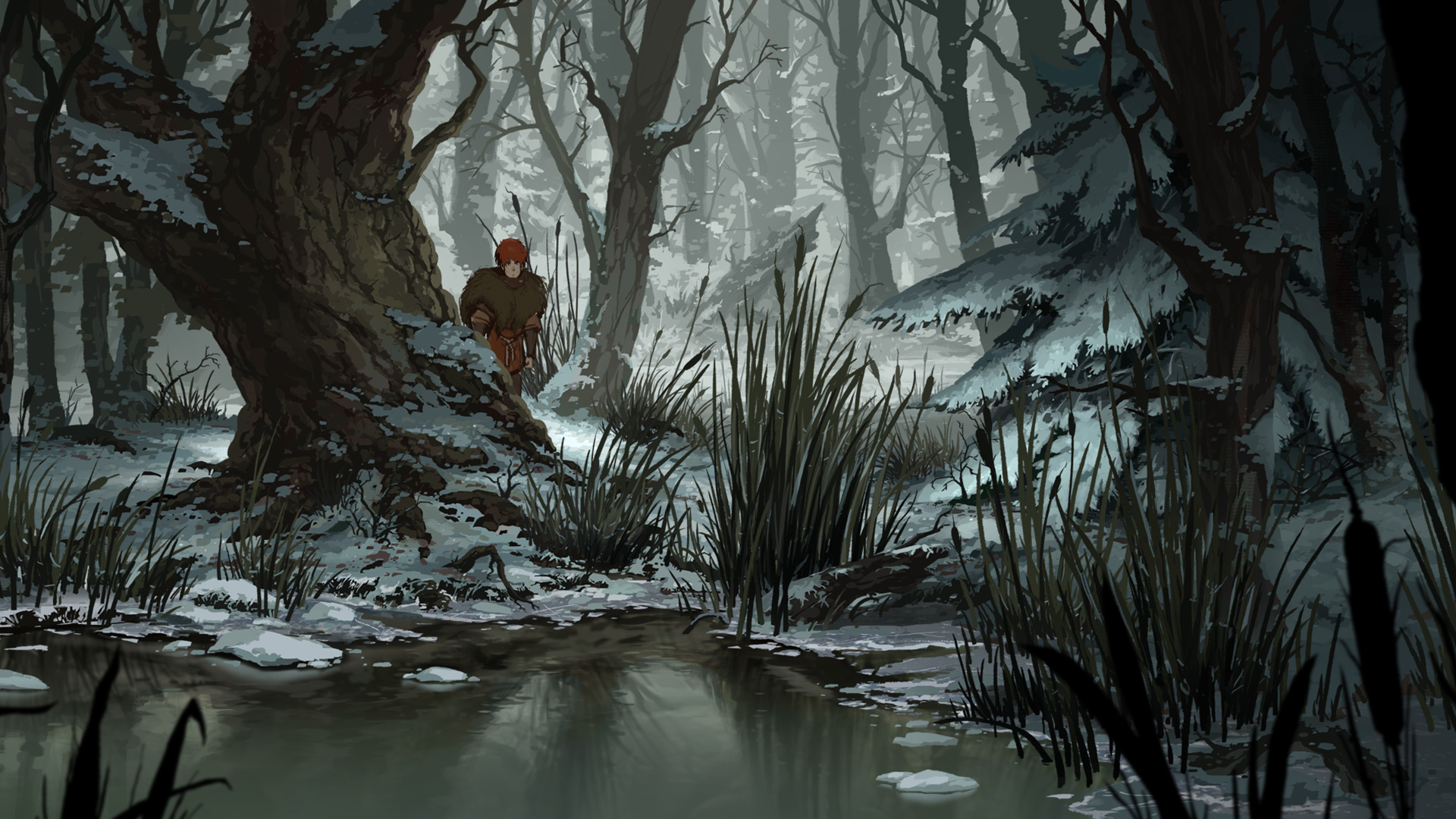 Turning a book into a video game can be hit or miss. There is already so much that can be lost in translation going from page to screen in the case with movies, and that often proves doubly true in this industry. The Pillars of Earth recreates the story as an interactive novel for players to experience in a whole new way, influencing the world and characters around them, even if the narrative starts out slow and the characters aren’t incredibly interesting. Similar to a Telltale game, you will be given dialogue choices that affect how others respond to you. This coincides with its gameplay where players will walk around small areas and interact with the environment around them. Because the graphics are 2D and look like flat images, it can be difficult navigating around the screen when walking into the foreground and background. Trees or other objects can obscure your view, making it hard to identify potential pathways. Apparently that’s the price to be paid for its art style, rendering scenes like paintings you’d find in a children’s medieval fantasy book.

Note: The Pillars of Earth is split into three different sections, and only the first is available as of now. Books 2 and 3, recounting chapters 8-14 and 15-21 have yet to release.

theHunter: Call of the Wild

If you’re an avid hunter with the patience to boot or enjoy the idea but don’t like the outdoors, theHunter: Call of the Wild may be the perfect game for you. It’s one of the most realistic hunting simulators out there, accounting for variables you’d encounter in real life as well. Unfortunately, this asset is also one of its biggest drawbacks as it slows gameplay down to a crawl and is only appealing to a niche audience. Starting out in a vast open wilderness, players are equipped with a rifle and a few other items they’ll need to begin. You won’t spot a lot of animals right away, and you’ll occasionally come across ones that freeze in place due to a weird glitch. When you do find one, you’ll need to crouch down, follow tracks, and listen for directional noises. All of this is aided by the game’s UI which shows visual cues as to where animals were headed, how fast they were moving, and how recently they were in the area. A major problem with this realism is that theHunter is an enormous test in patience. After spotting my first black bear early in the game, I tracked it for over an hour before giving up. This hour consisted of slowly shuffling across the landscape so I didn’t make a ton of noise. That’s the type of experience you can expect with theHunter. With dozens of objectives to complete, gorgeous backdrops, and purchasable weapons and upgrades, theHunter provides an impressively authentic, if tedious, adventure.

Though I enjoyed theHunter: Call of the Wild, it won’t be for everyone with its slow-paced gameplay. Deadbeat Heroes and Ken Follett’s The Pillars of Earth definitely have a wider appeal. All three games this week provided their own unique experiences, so give them a shot if you’re interested.